People Who Laugh At Everything They Say: Cause, Solution 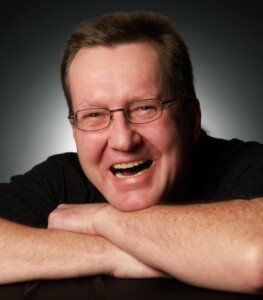 Yes, there IS a cause, and a way, to tell someone to stop laughing after everything they say.

And it goes like this: “Jen, are you aware that you laugh after everything you say?” Then be silent and wait for the response.

This may sound cold and harsh, but after googling this topic, I found one site after another that discussed this problem—not in terms of solutions, but rather, “Why do some people laugh after everything they say?”

There aren’t a whole lot of legitimate-sounding answers, and because I’m not a trained psychologist, my explanation would pass as commentary.

So I consulted with Tina B. Tessina, PhD, a licensed psychotherapist in Southern California who counsels individuals and couples, and is author of over a dozen books including “It Ends With You: Grow Up and Out of Dysfunction.”

Every so often when channel surfing I’d land upon “The Little Couple.”

I quickly realized that Jen laughs (nervous giggle) after nearly everything she says—common, casual statements.

That’s easy to say when you’re hearing it on TV, knowing you can change the channel when you get sick of it.

What if you know someone in person who laughs or giggles after everything they say? 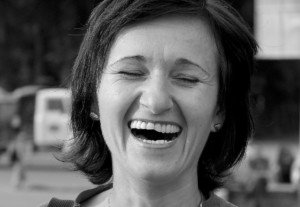 This mindless habit sure irritates a lot of people, yet nobody seems to have the courage to point out this extremely annoying habit to the guilty party.

I myself aren’t ready to tell the kindly man who runs the muffin shop I occasionally visit (killer chocolate chocolate chip muffins!) that he can’t speak two sentences without laughing.

In online forums, many people say just tolerate it. That’s easy in the context of a muffin shop.

But what if you must work with someone like this all day long?

There’s something wrong when someone must laugh after nearly every casual, neutral, common, run-of-the-mill comment in life.

Transient exposures, such as the muffin shop, are tolerable, but people with incessantly giggling or laughing coworkers really have an ear-sore on their hands.

Here is what Dr. Tessina explains: “A constant nervous giggle, what is called a self-deprecating laugh, is a nervous tic.  The giggler probably isn’t very aware of how much he or she does it.

“It indicates insecurity and a poor self-image. It can often come out of a childhood in which the child is fearful of harsh criticism or punishment, and tries to indicate submissiveness to avert punishment.

“In Jen’s case, the ‘punishment’ may have come from feeling ‘different’ or hearing negative reactions to her size.”

In other words, when nearly everything someone says is punctuated with a laugh or chuckle, this is NOT a sign they’re a very happy individual.

We all know people who have everything going for them; they’ve been blessed since birth and live a glorious life. And yet…they don’t laugh every time they speak.

You may think this is a trite issue, even for someone who works all day near such a person.

However, what if one of these women or men, who laugh after every comment they make, expects YOU to laugh or smile with amusement too? 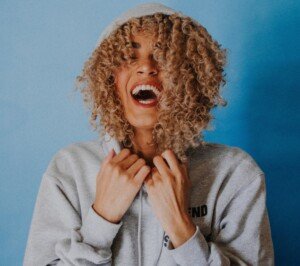 This can be stressful to an introverted individual, or to someone who just doesn’t feel comfortable putting on a façade or wearing a phony smile.

This puts the listener in a very awkward position, making them feel they must try to be someone they’re not.

So yes, people who find excessive nervous laughter to be very annoying are quite justified in expressing how inappropriate this is.

When should you tell a person that they laugh after everything they say?

It depends on how often you see that person and under what circumstances.

For instance, are you seated next to such a person (a stranger) on a four-hour airplane flight?

Or maybe it’s your future mother-in-law you’re meeting for the first time.

Maybe it’s a person at work who’s in a position to promote you.

Maybe it’s a friend of a friend whom you’re eating lunch with in a group for the first time.

Though Jen from “The Little Couple” might have a cuter sounding nervous laugh, some women have a loud, shrieking kind of laugh. The male version might sound like Dr. Bombay’s from the “Bewitched” sitcom.

What do you say to someone who always laughs, chuckles, snickers or giggles after everything they say?

Simply point it out. They may very well thank you and work hard at ending this bad habit.

Lorra Garrick has been covering medical, fitness and cybersecurity topics for many years, having written thousands of articles for print magazines and websites, including as a ghostwriter. She’s also a former ACE-certified personal trainer.  —

Why Do Some People Always Smile when Talking Even if It’s Bad?

What to Say Next Time Someone Says “Smile!”