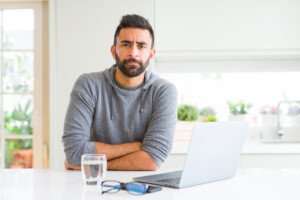 By the time a person decides they’re ready for an autism assessment, what’s the likelihood they’ll get the diagnosis?

If you think you’re on the Spectrum are you probably correct?

Nobody who has felt “normal” all their life is going to one day start wondering if they’re on the Autism Spectrum.

“As a psychologist who does many adult evaluations for autism (I counted recently and it was over 100 in the last year and a half), my experience is that clients have done a ton of research before they get to me,” says Dr. Jessica Myszak, licensed psychologist, and director of The Help and Healing Center, whose practice is mostly autism assessment for adults.

This is what happened to me, even though for many years, my sister was convinced I was on the Spectrum – but she had never shared this with me until I revealed my official diagnosis to her.

I had begun feeling quite convinced that I had a mild form of autism. I was so convinced I had ASD that the idea of being told I was, in fact, neurotypical caused intense anxiety.

You see, I was either a perfectly-made Autistic person or a broken neurotypical with a lot of issues.

I thought it’d be so cool to be autistic! I know this sounds nuts, but my mind has ALWAYS operated in a very odd, strange, unique and weird way. What more can I say?

Since my diagnosis, I’ve come to realize that there’s a bunch of people out there who think they might be autistic.

It’s no secret that autism evaluation clinics are typically booked at least a few months out, some up to two years.

If you think you might be autistic are you probably correct?

Why are autistic people so good at figuring out “what they have”? Well, it probably comes with being autistic in the first place.

We are GREAT researchers! We excel at taking deep dives into topics that transfix us.

When an autistic person begins realizing that they’re probably on the Spectrum, this will transfix them, sometimes to the point of obsession.

I myself became obsessed. For literally months, no hour went by without me intensely wondering about the idea of “having autism” after a lifetime of never suspecting it until middle age!

I thought about it while driving; while grocery shopping; in between sets at the gym; while brushing my teeth; while detangling my hair; while watching favorite TV shows. I’d have to replay scenes because my mind had been preoccupied by Autism Spectrum Disorder.

Yep, you can definitely say I did a lot of reading and collection of information — true to my autistic self!

“There seem to be two categories of people — those who are SURE they are autistic, and they are almost always correct, and those who are wondering because there are some signs, and many of them are also autistic,” explains Dr. Myszak.

“Those who are not autistic often involve a combination of ADHD and being gifted [exceptionally intelligent].

“Many of the clients I see are being evaluated for the first time, but I also see a fair number of people who have been evaluated before, often by professionals with limited experience with adult autism, and they are seeking a second opinion.”

The clients seeking a second opinion, says Dr. Myszak, were denied the diagnosis by their first examiner. “They are almost always autistic,” she says.

Reasons You Might Doubt You’re Autistic when You Really Are

• You have good eye contact. Seek a second opinion if an examiner says you can’t be autistic because you can look people in the eye.

• You don’t engage in the kind of stimming you see on YouTube.

A few years ago, if I were to have viewed some of the examples of stimming on YouTube, I would’ve thought, “Geez! There’s NO way I can be autistic no matter how differently-wired I feel.”

However, as I ventured deeper into my diagnostic journey, I came to realize that I engaged in behaviors that could only be described as stimming – every single day, all throughout the day. I even stim myself to sleep with a tapping foot — every single night.

I’m not so sure that persistently chewing on my tongue is any less “weird” than the frenetic hand flapping that many autistic people do in YouTube videos.

I saw a boy on YouTube doing this strange thing with his arms repeatedly wrapping around a railing while his hands fluttered, while he also made noises that sounded like a hybrid of humming and grunting.

Hmmm…yet as I review this article, I’m holding a few fingernails to my lips and repeatedly LICKING them and gently clamping my teeth on my nail tips (I don’t chew my nails, though). Stimming comes in all sizes.

• You’ve held the same gainful employment for many years.

• You live on your own without any assistance.

• Nobody has ever asked you if you’re on the Spectrum.

• You don’t have meltdowns.

• You understand idioms and metaphors.

• You can spot third-party sarcasm and even at times detect when sarcasm comes your way.

But keep in mind that you’re also probably missing a lot of sarcasm or “kidding.” The offender won’t always reveal this.

If you feel – intuitively and logically – that autism is finally the condition that explains your lifelong peculiarities, skills and challenges – chances are that your suspicion of ASD is right on the money (idiom!).

A neurotypical isn’t going to “just know” or “feel deep inside” that they’re autistic. Do you suspect you’re on the Spectrum? You’re very likely correct.