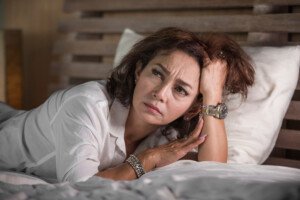 Not all autistic women have perfected the art of masking. Masking isn’t for every autistic person. There are other coping mechanisms.

I have to wonder if, at least in part, the reason I never engaged in the extent of masking that so many autistic women do is because of my Alpha nature.

The idea of mimicking other people seems to contradict my nature.

Mimicking, to me, would be a form of submission or subservience — or a deference, to other people. This conflicts with my core being.

On the other hand, I never thought I’d be good at it anyways. How could I possibly successfully pull off acting like Pam or Kaytie, the two most popular girls from grades three through five?

Autistic Women Who Excel at Masking

Due to the volume of articles on some websites about autistic women shedding their years of elaborate masking, the illusion is created that every autistic woman has done significant masking.

It’s almost as though chronic, in-depth masking is a part of being autistic.

I also came upon content in which an autistic adult worried that they were “less autistic” because they were so good at masking – or passing as a normal neurotypical.

Oddly, this can be seen flipside: Is a person “less autistic” because they never became adept at masking?

After all, the achievement of “passing” in any environment would be fueled by persistent analysis of others’ behavior and relentless practicing of facial expressions, laughs, the “right” eye contact, hand gestures, etc.

And if one had never been too keen on all of this, could they be “less autistic” than the prolific masker? The answer is NO.

Masking is something that I have never been able to relate to because, hot dang, I never studied, analyzed and copied the behaviors of other women in an attempt to be like them, let alone copy female characters on TV shows.

One might say that in my case, masking wasn’t a coping mechanism I was drawn to and that instead, I found other coping mechanisms for not fitting in, mainly, deciding in early high school that everyone else had the problem.

After getting my official diagnosis of Autism Spectrum Disorder, I decided to have some “insight therapy” via teleconference.

The psychologist, indeed, informed me that due to the spectrum nature of autism, not all autistic people gravitate towards masking to cope with feeling different or being excluded socially.

What works for one autistic individual doesn’t always work for the rest.

This isn’t to say I never masked at all. Even neurotypicals mask, in that they “put on a front” to impress other people.

Sometimes there’s smiling when I don’t feel like it, or shaking hands when I don’t want to, or dressing in clothes that I don’t care for in order to conform. NTs do these things, too.

But I’m talking about full-out masking by autistics to the extent that they lose themselves in a fictitious persona.

• They don’t want to emulate the very classmates/coworkers/persons whom they feel unaccepted by.

• It’s unthinkable to pour in the effort to copy the behavior of peers whom they think are immature, too emotional, too illogical and too judgmental.

This doesn’t mean the Autist has a holier-than-thou attitude. They simply take note of behaviors that are incompatible with their thought processes and see no rhyme or reason to copying such behavior, especially if being popular isn’t important to them.

• They have a job in which oddness or quirkiness is relatively tolerated. This would be particularly true in a production environment.

I worked in newspaper production for 11 years total. Production is king. You can be as weird as a pink cucumber, but as long as you pump out the work, you’re good.

• It never crosses their mind to mimic TV sitcom characters because there was never a character they admired or wanted to be like.

Sitcom characters are purely for entertainment, and the Autist, though entertained, does not actually relate to the character.

As for more realistic characters in TV dramas, the autistic person won’t necessarily admire them so much as to want to mimic them or borrow bits of their behavior in an attempt to fit in socially.

• Copying the behavior, body language, vocal tones, facial expressions, hand movements, etc., of another woman would be a form of submission or herd mentality to some autistic individuals.

As a very independent thinker with an Alpha mindset, I’d find it quite disingenuous and weird to model my behavior after other people.

Perhaps my approach is partially based on how I was raised. Neither of my parents were trendy or susceptible to a mass mentality. They danced to their own drumbeat.

In fact, my mother had always been outspoken against the follow-the-crowd way of thinking.

More than once, I had heard my mother state, “If you feel pressured by a couple of kids to do something you don’t want to do, then YOU put the pressure on THEM to not do it. Turn it around on them.”

However, I also firmly believe that some of my “dance to my own tune” approach is innate hardwiring.

As an Alpha woman, submission doesn’t compute for me. I am not subservient. I do not follow the crowd.

I do not jump on bandwagons or get absorbed with trends or do things just because it’s the “in” thing to do. I don’t get swept up with pop culture. And I’ve always felt this way.

I’m not easily swayed by the opinions of others. I’m not a SNIOP: suggestible to the negative influence of other people.

All my life I’ve been troubled by the way the masses think. Why — why — why would I want to act like them?

I can’t be the only autistic person who sees things this way. But because chronic heavy masking leads to burnout and is rancid to mental health, this gets a lot of devoted content.

Risk/Benefit Ratio of Masking in Autism

At no point in my life did I anticipate hell would break loose if I failed to fit in.

I anticipated other girls disliking me and talking about me behind my back.

Sure, these are all “bad” things, but they aren’t hell breaking loose.

I never anticipated getting eaten by a lion or being pushed off a cliff if Mary Claire didn’t accept me into her group in the fifth grade. I guess I didn’t want to be part of that cool group badly enough.

Hence, my motivation to put on a fake persona every moment I was around people was never big enough to “lose myself” in the fakeness.

It had always been incomprehensible to me to do anything bad in order to fit in.

Even at 13, I couldn’t understand why my high school classmates smoked.

I knew they did it because of this stupid thing called peer pressure. THIS is a form of neurotypical masking: smoking because “everyone else is doing it” and to “look cool.”

Certainly, there’ve been plenty of autistic people who took up this habit in an attempt to fit in.

But this submission is far more likely to occur among neurotypicals, who are far more preoccupied by social status and obeying social norms than are autistic people.

My coping mechanism for feeling disconnected from people was to just resign to the fact that I was wired uniquely — for whatever unknown reason — and to just live with it.

At least I was healthy. At least I hadn’t been born with cystic fibrosis, spina bifida, blindness, deafness, some chromosomal disorder or stumps for legs.

We can’t all be perfect. We can’t have it all. I don’t miss whatever it is I might have gained had I become adept at and committed to all-out masking early on.

Hopefully, as Autism Acceptance grows, young Autists will realize that masking is NOT the answer.