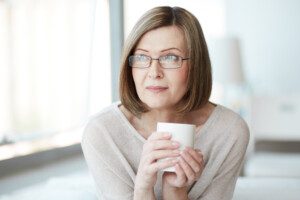 Are you middle age and wondering if you could be autistic? Are you thinking that middle age is just too old to pursue an assessment for ASD?

Middle age, to most people, are the years 40 to 64. You might be wondering how an autistic person could make it to this age range without ever having been diagnosed with autism.

But it’s certainly possible. You must keep in mind that a mild form of autism could hover below the radar all a person’s life – until they finally start becoming more knowledgeable of Autism Spectrum Disorder and realize that all along, they’ve had the traits that make up this neurotype.

“Previously, it was the case that only individuals with severe presentations were diagnosed,” says Dr. Meghan T. Lee, clinical neuropsychologist and practice owner, Horizon Neuropsychological Services in Colorado.

“Then the idea of Asperger’s came along to account for higher functioning individuals. Now, both diagnoses are combined on the same spectrum.

“Given the change in the field over time, the diagnosis may have been missed in childhood.

“This is particularly the case for women, as the presentation of ASD symptoms in women has really only become a point of interest within the past decade.”

You made it through childhood, teen-hood and adulthood with various challenges that were attributed to other factors such as rudeness, disrespect, having a scientific mind, lacking social graces, being too smart or being too analytical.

Autism never crossed your mind during earlier years because, perhaps, you’ve always been quite self-sufficient, restrained where you had to be such as in church or a library, or held management positions or other jobs that involved daily interaction with people.

The forced eye contact, or the feeling out of place no matter what group of people you were with, or the weird sensory issues, or the brief hissy-fits in private, never rang the bell for possible autism.

Other autistic traits of yours easily passed as high intelligence or good organizational skills, such as:

Getting Diagnosed with Autism in Middle Age

“I would say that our practice generally places an age cutoff of 60 on conducting an autism evaluation,” says Dr. Lee.

“It is very difficult to conduct a reliable collateral interview with a parent, sibling or childhood friend beyond that point.

“Collateral interviews from childhood (if available) are a critical part of my diagnostic process, as I want to demonstrate a clear lineage of symptoms dating back to childhood.

“While it is harder to find a provider who will conduct autism evaluations on adults (I am one of the few providers in the state who conducts adult ASD evals), I still recommend pursuing one.

“The concept of autism has changed over time in response to intervention.”

What if parents and siblings aren’t available for that collateral interview?

I’m middle age and have five siblings but am in contact with only two.

Without telling them I was pursuing an ASD diagnosis, I asked if they could recollect any “obsessions” I’d had in childhood – as I was compiling a list for my in-person evaluation and felt that I had missed a few.

The first sibling said she had few memories of childhood, and came up with only three special interests. Two were already on my list.

More disappointing was the other sibling – who’s 10 and a half years older – in that he claimed he couldn’t remember anything about my childhood.

For example, when I was five, he was a very social high schooler who frequently went out, and at 16 began working after school and full-time on summer break.

My assessment intake form asked if any family members were available for an interview; I checked No.

After my diagnosis of ASD, I discussed this with my sister, who revealed her memory of my high school years – socially speaking – that seemed consistent with ASD.

She also admitted that around 20 years ago she mentioned to our father, without my knowledge, that she thought I was on the Spectrum and needed therapy.

She then explained that our father got mad, denied the possibility and told her she was being “ultra-sensitive.” She never mentioned it again.

As you can see, my father likely would not have been a good candidate for a collateral interview – unless the purpose of the interview was kept secret.

My mother? Forget it. She never believed in psychology or psychiatry because there are no biomarkers such as with physical conditions which could be seen via X-ray, other imaging and detected via blood tests.

No child of hers (six in all) could possibly ever have a psychiatric or psychological disorder.

Though autism is a neurotype and not a mental illness, in her mind it would’ve been a mental impairment.

Her children may have been labeled disrespectful, lacking social graces, sassy, lippy, defiant, impatient, hyper, lazy, too analytical and odd – but she also saw all of us as normal in psychological functioning.

Had an autism evaluator asked my mother to name any odd behaviors I’d had in childhood, she would’ve said something like, “She was a perfectly normal, well-behaved child. I could take her anywhere without worrying she’d act up. Though she was rambunctious at times and could be very confrontational at times, she was a very normal, intelligent child.”

Then again, an experienced evaluator of adult autism would know how to stealthily probe a resistant parent for information that would be highly indicative of autism!

What a Diagnosis of Autism in Middle Age Can Mean

It was liberating for me to finally understand why my brain worked the way it did; why I, indeed, have always seen the world so differently from other people!

All the wayward dots were finally connected. The Autism Spectrum Disorder explained EVERYTHING about me, including why I’ve always tended to fixate on strange concepts that would be of no interest to other people.

I now know why I’m compelled to behave in certain ways (e.g., chewing on my tongue since adolescence and lovingly talking out loud about my hair — in a variety of strange voices — when at home by myself).

I was no longer weird; I was perfectly Autistic. I didn’t have a processing error; I had a neurodivergent mind, an alternate operating system.

I have embraced my Autistry. I have allowed my facial expression to be more natural — which, by neurotypical standards, isn’t expressive enough.

I’ve allowed myself to be more blunt instead of refraining due to social rules…though apparently, according to my sister, I’ve been blunt all my life with no filter. Well, I have masked a little bit, and since my diagnosis, I’ve decided to go virtually maskless. Watch out!

I can’t speak for all Autistics, but based on my deep dive into autism, it seems to me that the vast majority of people who get this diagnosis in middle age experience a tsunami of relief and elation.