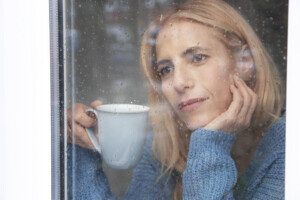 Anyone diagnosed with autism in middle age very likely saw this coming, since the assessment is usually preceded by much reflection and research.

I got my clinical autism diagnosis in middle age. The odd thing, though, is that prior to the scheduling of the assessment, there’d been only about six or so months of strongly suspecting I was autistic – even though since childhood I’ve always felt disconnected from other humans.

Four years before my strong suspicion, the idea had entered my mind enough to compel me to take a few online tests for ASD (my scores were suspect for autism though not remarkably high), but for some reason after that, I never gave it much thought – until 2021.

These are in no particular order.

Immediate and extended family members may actually not be surprised by the diagnosis.

Nobody in my family or extended family knew I was planning on an assessment.

After I was diagnosed, I kind of figured (yes, kind of) that two particular grown nieces would be somewhat surprised, since my contact with them over the years had been limited due to geography.

I told their mother (my sister) the diagnosis.

I knew she wouldn’t be surprised because within the past few years, during a text exchange, she had asked if I’d ever considered that I might be on the Spectrum.

Not long after revealing my diagnosis, I asked if she had divulged it to her kids. Her response: “They’ve always known!”

My brother and his wife, as well, weren’t the least bit surprised. I never expected them to be, but I was still somewhat puzzled that the nieces “knew all along.”

Sometimes, family members ARE shocked and will say things like, “But you don’t seem autistic.”

It may be accurate to say that the people you think will be skeptical at your late-in-life autism diagnosis will be the ones who’ve “always known,” while those whom you think won’t be surprised will actually challenge the diagnosis or express disbelief. Bottom line: You own the diagnosis!

Now that I knew that past incidences of bluntness were likely driven by my neurodivergent thinking, I have decided to embrace my bluntness and let it rip.

And why would I want to do this? Because there’d also been times during which I had suppressed it – and regretted this, without having any idea that I was autistic.

But now that I know I take up space on the Spectrum, I’m going to go with my blunt self!

You may also find yourself less inhibited in public when it comes to stimming. You may no longer feel self-conscious about pulling out that fidget gadget while shopping.

I’ve never heavily masked. I was never one of those autistic women who could pull off a total NT mimicry.

Though I had never come across as autistic to the average neurotypical, I certainly have always come across as any of the following: too serious or matter-of-fact, too analytical, lacking a sense of humor, quirky, wired differently, rude, gruff, blunt, odd, brainy and other traits that are recognized as “not normal” or “not socially acceptable” while also being within the realm of what most people (i.e., neurotypicals) consider within the normal portion of the bell curve of human behavior.

Wherever you’ve masked the most (eye contact, facial expressions, body language, vocal features, small-talk), the diagnosis in middle age will probably free you – will make you feel emancipated – and discourage you from continuing to be loyal to heavy masking.

You may suddenly become very interested in mingling with others on the Spectrum. I sure did.

You may find yourself joining Facebook groups for autistic people and attending events organized by local autism support groups – not necessarily for therapeutic reasons but to simply be around people who have similar brain wiring.

You may also be doing this to seek relationships, even if historically, you’ve bombed in that area.

Whenever I venture into the community, I’m always on the lookout for other autistic people.

You may find yourself doing this, and it’s only human nature to seek out others who are similar.

Of course, I’m fully aware that an autistic person can be right under my nose without my realizing it.

One day I noticed a woman waiting to cross a busy street because she was repeatedly twirling around two thick cords, each with a ball at the end.

As she walked across the wide street she kept twirling — and I kept observing — wishing I could have an opportunity to exit my car and ask about the stimming gadget as a conversation starter.

This may seem abrupt, but if she was autistic, keep in mind that most Autists prefer straightforward, cut-to-the-chase interactions.

My interest in her gadget would’ve been genuine, and I would’ve revealed my recent ASD diagnosis.

When I’m at Home Depot, which I know is an avid employer of autistic people, I’m totally on the lookout.

The goal is to catch a circumstance under which it would be appropriate to introduce myself as a newly diagnosed Autistic. And if this all sounds strange, well, um … I’m autistic.

If there’s past behavior that you regret that seemingly smacked of aloofness, unfeelingness or lack of empathy … you’ll now know that it was probably due to autism, and this will subtract some of your guilt.

This isn’t to say that autism is a grab-bag excuse for acting what others would perceive as uncaring, but at least ASD offers a much better explanation than “How could I’ve been so indifferent to his distress?” or, “Why didn’t I hug her when she really needed it?”

#7    Eagerly Awaiting Your Next Special Interest

In my experience, I never know when something will become a special interest vs. an NT-grade interest. Hyperfixations just happen.

You may think that since you’re middle age, you’ve had all the special interests you could ever have. This is depressing to think.

But at the same time, now that you know you’re autistic, you’ll be so excited over what will be your next special interest! What will it be? What will trigger it?

And now that you know you’re on the Spectrum, you’ll want to totally run with whatever your new special interest will be and go all out on it!

#8     You may wonder if other relatives have ASD.

I now think a young niece has autism, and quite possibly, her brother.

At a minimum, don’t be surprised if you become more observant of their behaviors. Autism tends to run in families including extended.

You may need to “mourn” what you believe you missed out on because you didn’t have an earlier diagnosis.

Thanks to my sister for not alerting me to her suspicion 20 years ago, I may have missed out on some positive experiences and better outcomes to averse situations – that never came about because at the time, I had no clue I was autistic.

Lost time cannot be retrieved. Those lost opportunities are gone for good, and I must live with this knowledge.

You may have to live with the realization of “what could have, should have been” as well – all because you found out you’re autistic. The best you can do is to become an autistic self-advocate and rally to NORMALIZE autism!

You may become more sensitive to, or concerned about, terminology in the autism community.

Terms that you never thought once about before will suddenly carry weight and bring out your opinions and feelings. For instance, some people who find out they’re autistic never look at “functioning labels” the same ever again.

Other Autistic People Diagnosed in Middle Age Weigh In

“What people diagnosed with autism in middle age should know is to be aware, first understand what’s going on,” says Marleen Lam, 48, who was diagnosed with ASD at 38.

“Keep a journal so they can keep a check on their thoughts, feelings and daily goals or progress.

“Reach out to others on online forums, see a therapist, or like me, find a sympathetic coach who truly cares.

“Coaching was more effective than conventional therapy in my case, as I grew towards improved mental health with the connection/accountability relationship with my coach.”

Clarissa Harwell says, “Immerse yourself in the neurodiversity paradigm!

“Don’t subscribe to outdated ideas of what autism is, and connect with resources that are anti-ableist and affirming,” continues Clarissa, a LCSW and therapist diagnosed with autism at 43.

“Find a therapist who is neurodiversity-affirming to help you begin looking back at your life through an affirming lens, and to support you, if needed, in grieving the years you didn’t have the right support and understanding.