Addison’s Disease: Do You Have Unexplained Serious Symptoms? 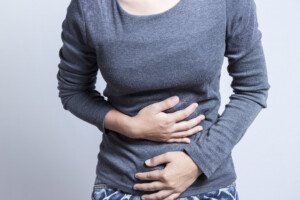 Addison’s disease can be fatal and also go misdiagnosed for many months. The symptoms are quite varied and can mimic other conditions.

2019 – a year I will never forget. What started as a relatively normal year quickly turned into quite possibly one of the most life-altering and devastating years of my nearly 35 years.

My brother, Thomas, 35 at the time and struggling with a decade long heroin addiction, lost his battle on March 9, 2019.

I quickly spiraled into an absolutely unexplainable internal grief — but powered on because that’s the Irish in me: Sweep it under the rug.

Fast-forward to four months later; I woke up dry heaving. Now normally that would be a result of my lifelong struggle to even consume one alcoholic beverage without vomiting all night long – an issue that always perplexed me but was not the worst thing, given my family’s history with substance abuse.

But the heaving continued violently for two days, so I headed over to my local hospital (Broward Hospital) and went to the emergency room to see what was going on.

They gave me some fluids, took some blood and an X-ray and concluded that it was nothing more than a gastrointestinal issue and sent me on my way.

Wrong – the violent heaving continued. There was nothing left in my stomach, but that didn’t stop my body from retching for hours on end.

So I returned to the ER, and once again they gave me some fluids and sent me back home where I continued to heave and quickly weakened.

Three times – exactly how many times I went to the Broward emergency room for them to only send me home six hours later, within the same week.

Frustrated, lacking any strength or energy, I knew something was happening to my body, and I could not ignore it or let that hospital turn me away and blame it on a GI issue once more.

On day five, I called my father, scared because I felt myself slowly fading away, and asked him to come pick me up and to please take me to a different hospital; this was not a GI issue: Something was killing me, literally.

Barely able to walk out of my door when my father arrived, feeling lifeless, I arrived at the Holy Cross emergency room.

When the front desk receptionist asked the reason for my visit, I straight-up told her that something was dangerously wrong with me and that I needed to be seen ASAP.

I was rushed into the ER and seen by a group of three to four angels – I say angels because for once, I was being heard.

As I lie there lifeless, a student nurse from the University of Miami asked me an odd question, “Can I see your picture on your driver’s license?”

I showed her and she immediately looked at the ER doctor and said I think she might be having an adrenal crisis.

My skin was bright orange compared to my ID photo – one of the first signs of Addison’s disease.

Addison’s disease is a rare disorder that occurs when your body doesn’t produce enough of certain hormones.

Basically, my adrenal glands do not produce cortisol, which is your stress hormone and helps to fight off sickness and stress. Go figure, my body literally cannot fight stress on its own.

I spent the better part of the summer of 2019 in the ICU once I was diagnosed — and thereafter the next six months in and out of the hospital as the doctors figured out the appropriate dosage of medications to stabilize my Addison’s – a challenge since I also have Hashimoto’s disease.

The treatment is hydrocortisone twice a day for the rest of my life along with fludrocortisone. They both act as a cortisol replacement for my adrenal glands.

I still have flare-ups but not as frequently as I did when first diagnosed. Probably about once or twice a year I make a trip to the ICU because of an adrenal crisis, which is usually triggered by an infection in my body.

Unfortunately I am more susceptible to a slew of other autoimmune diseases including diabetes and pancreatic failure with my diagnosis. It’s also affected my ability to get pregnant.

The diagnosis brought a great amount of relief, as it explained my constant exhaustion, increased anxiety and fertility issues I had been experiencing.

It also brought up great frustration for the doctors at the previous hospital who did not do their due diligence nor take my symptoms seriously and chalked it up to a simple GI issue.

Lesson learned: You must be your own advocate of your health.

Shannon Viant is a Fort Lauderdale-based PR executive at FischTank PR, a full-service communications and marketing firm serving clients spanning various industries, including but not limited to cleantech and sustainability, healthcare and biotech, B2B and emerging technologies, real estate and professional services.