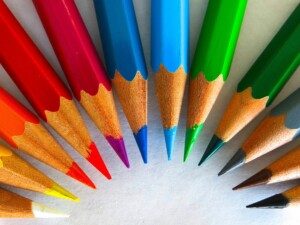 What is the one trait that every single person with Autism Spectrum Disorder has?

Autistic children, teens and adults come in as many varieties as do neurotypicals.

You can be in a room with 20 adults at the high end of the Spectrum, same age and gender, and immediately notice that they are all different among each other.

But they all have a particular kind of neuro-wiring that gives them all a common thread – maybe even a few commonalities.

I, too, have this universal thread, being that I have a clinical diagnosis of Level 1 Autism Spectrum Disorder. What do I share with every single autistic person on this planet?

You might be thinking that it’s the so-called restricted and repetitive behaviors.

These refer to the high propensity to develop fixations on very specific topics, and the engagement of self-regulating body movements (also called stimming – short for self-stimulating) such as rocking, swaying, hand flapping and other hand motions, and various leg and foot movements, to name a few.

“Because the restricted, repetitive behaviors can vary (to meet criteria, a person needs to meet two of four criteria [in the category of restrictive, repetitive patterns of behavior], so people can experience completely different characteristics and both be autistic), universal autistic traits involve differences in social communication and social interaction,” explains Dr. Jessica Myszak, licensed psychologist, and director of The Help and Healing Center, whose practice is mostly autism assessment for adults.

“Universal traits include having a dislike for small talk, seldom initiating conversations with others for purely social reasons, needing more alone time than others and needing time to recuperate after social activities.”

This seems to be the one trait that all autistic people share in common.

But if you read enough threads in autism forums, you may come across someone who says they sometimes like small talk.

But we have to also consider the possibility that they only think it’s small talk. It might be “autie talk” without them realizing it.

I used to think that small talk was any non-serious talk between people who didn’t know each other well or who were newly introduced, or chatting with each other for the first time in a slow-moving line at a retail store.

I’ve chatted with strangers or newly-introduced people, thinking it was small talk. Well, I now know it wasn’t. Example:

Stranger: “Did you watch the game last night?”

Stranger: “Wow, you really missed an exciting game though.”

Me: “I didn’t miss anything, actually. I watched back-to-back episodes of ‘Ancient Aliens.’”

Stranger: “Never heard of that.”

“Me: “It’s a series that explores the overwhelming evidence that we were visited by extraterrestrial life thousands of years ago.

“For instance, how were 50-ton rocks moved around and set in place on top of each other without any heavy machinery?

“Look at modern excavating equipment to scoop up tons of dirt, yet here we have these megaliths weighing up to a hundred tons, having been moved hundreds of miles and stacked on each other like a child playing with blocks by people who hadn’t yet discovered the wheel.”

I turned common small talk into something quite strange. This has happened all throughout my life.

Somehow, someway, I turn it into something unexpected to the neurotypical. I don’t set out to do this on purpose. It just naturally happens.

This might be what an autistic adult means when they say, “Sometimes I like small talk.” But remember: Small talk can quickly turn into “spec-talk.”

It may seem that some autistic people enjoy initiating conversations, including with people they just met at some event.

What may actually be happening is that the autist wants to tell someone – anyone – about their latest hyperfixation or “special interest.”

They may approach someone at the event, completely skip small talk and start talking about their special interest.

They may begin by asking the other person if they’ve “ever heard of” or “know anything about” said subject.

Autistic people cherish their alone time. They definitely need more of it than do neurotypicals.

Some relish lengthy periods of solitude. They go out only when necessary, such as to the bank, the grocery store, the dentist, a hair salon, the gym, and that’s it: no social life.

Perhaps you’ve heard of “masking”: when an autistic person fakes being neurotypical in an attempt to fit in and not be regarded as “different.”

Not all autistic people can pull this off, while others excel at it.

When significant masking is done at a social event, the autistic adult (usually a woman, since we live in a society in which men can get away more than women with being “weird,” “too analytical,” non-smiling or aloof) will feel exhausted afterwards and may need hours to days to recharge.

I’ve never been good at masking. I’m one of those autistics who has always presented as peculiar, quirky, too matter-of-fact or lacking social skills.

Nevertheless, even with only minimal masking, I always feel this odd sense of hollowness after leaving a social event. I’m left feeling “not right.” And that’s just with minimal masking!