Do ALL Autistic People Have Meltdowns and Shutdowns? 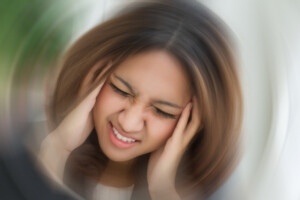 Or is it that the autistic people who never have them don’t write about this? Just how many autistic adults DON’T have meltdowns?

An adult is far more likely to write an article or post in a forum about their meltdowns rather than the absence of meltdowns.

This can create the illusion that meltdowns automatically come with Autism Spectrum Disorder.

I’m autistic – diagnosed with Level 1 ASD in spring of 2022 – yet have never had a classic “autistic meltdown” save for two incidents in young childhood.

I’ve always had this memory of becoming unraveled, at around age three or four, upon hearing this really weird sound coming from down the street when I was alone outside my house.

I didn’t know what to make of the noise and lost control of my wits, becoming hysterical. I ran to the back patio door, screaming and banging on it until my mother opened it. I have no recollection after that.

This behavior doesn’t seem normal for a preschooler. This wasn’t a “temper tantrum” because the behavior was not based on not getting something I wanted.

This was an all-out meltdown triggered by a SOUND from down the street. I never forgot this, and eventually later on in life figured out that the sound had been a wood chipper.

In fact, I have memories of hearing these machines all throughout grade school at the next house I lived at – and the distinct noise never bothered me!

Around age six or seven I felt tormented by the sound of fireworks at the park for the Fourth of July.

I remember bawling my eyes out and burying my face in my mother’s lap while she kept her big purse over my head. That, too, sounds like a meltdown.

I haven’t had any meltdowns since, and I’m middle age. I’ve also never had any shutdowns.

Justin Haley Phillips (Haley) was diagnosed with ASD at 36. She’s always had meltdowns — inside her head.

“I would occasionally write out some of these as an outlet, so it could exist, even if it didn’t really happen. It had to be acknowledged and given space somehow.”

Her description resonated with me because I’ve been having internal meltdowns for many years.

The trigger is almost always something not working, such as unexpectedly losing my cable TV signal, or being unable to open the remote control to change the battery.

I’ll be SO steaming mad that I’ll silently imagine grabbing things and hurling them across the room.

I’ll “see” myself throwing weighted objects into the wall, damaging it. I’ll then “see” the room completely trashed, things all over the floor.

I’ve wondered if I’d ever be capable of acting out the fantasy. But then I always feel sure I’d never allow myself to make an imaginary meltdown reality.

“Not all autistic people experience meltdowns and shutdowns, though they are very common,” begins Dr. Jessica Myszak, licensed psychologist, and director of The Help and Healing Center, whose practice is mostly autism assessment for adults.

“This is true across levels — many Level 1 autistic individuals can experience meltdowns and shutdowns when overwhelmed, though they might be less apparent to others because they either occur at home or in overwhelming situations, which the person may avoid as much as they can.

“Based on my informal observations through assessing many adolescents and adults, I’d estimate that 80-90% of autistic people experience either shutdowns or meltdowns.”

If an autistic person writes online content or enjoys posting in autism forums, and they have meltdowns, it’s only logical that sooner or later they will write about them.

But if an autistic individual never has meltdowns…they aren’t apt to one day post or write about this – unless they’re ME, because I kept wondering why I never had meltdowns or shutdowns other than those two aforementioned events.

My evaluator said that I hit all seven criteria for Autism Spectrum Disorder. Keep in mind that meltdowns and shutdowns are NOT diagnostic criteria.

What is a meltdown and shutdown in autism?

“If you imagine that each person has an imaginary bucket that represents their capacity and ability to cope with new challenges, meltdowns and shutdowns occur when the bucket overflows.

“People have different levels of resiliency, and in this way, some people seem to have bigger buckets than others, which take longer to fill.

“Similarly, I hypothesize that some people may have some characteristics that make them less susceptible to becoming overwhelmed in this way.”

A shutdown is literally that: shutting down, withdrawing from interactions and other tasks of daily living, sometimes being unable to speak.

I’d be lying if I said that I only occasionally feel internal distress over things that don’t turn out as expected.

I’d be fibbing if I said I’ve never had a habit of slugging a wall with my palm when something didn’t go my way.

I’ve kicked walls and cussed, knowing that these reactions were not typical among people, especially women.

But they lasted only a few moments. It’s not like I kept slugging for three minutes straight.

I once broke a dishwasher handle because I couldn’t close it. I recently broke a mouse because I slammed it on the mousepad when my computer froze.

I’ve repeatedly slammed fans to the floor when they suddenly began making annoying whistle-like noises superimposed on their white-noise hum.

I’ve kicked a refrigerator when its hum got too loud (the kicking has actually sometimes worked!). I’ve kicked malfunctioning paper towel dispensers in the gym locker room (a karate front-kick). Are these “micro-meltdowns”? Then again, neurotypicals have been known to beat at vending machines that didn’t work after putting in money.

Yet, I won’t behave this way around other people. This contradicts the concept of autistic meltdown.

Perhaps meltdowns and shutdowns, like autism itself, are on a spectrum or continuum.

Ashley Lauren Spencer, who’s autistic, is the owner of The Autistic Innovator, an online store for autistic adults and author of Resources for Autistic Adults: Volume 1. Her meltdowns are more than “micro.”

Spencer explains, “Repetitive noises overwhelm me so fast. It’s the volume of the noise, the pitch, what kind of noise it is.

“I have a hard time with restaurants sometimes because of how loud everyone’s talking is around me.

“Loud rattling carts at grocery stores are incredibly overwhelming. I have to use earbuds and listen to music to block it out.

“Road noise from a bunch of cars driving down the road also gets to me. I never leave home without noise cancelling earbuds and a good playlist to stay centered.”

But in most autistics, a meltdown will involuntarily unfold when the senses become overwhelmed enough.

“When I get into a meltdown, my adrenaline is running full-speed from the fight-or-flight response,” says Spencer. “I get extremely anxious, go into panic attack mode and try really hard to hold it all in.

“Physically, I feel my heart race, my body tenses up, and my adrenaline goes super high.

“My essential tremor condition gets a lot worse from the stress of overwhelm, and I’ll start shaking more all over.

“I’m not really able to stop the sound sensory overload meltdowns from happening once they start.

“If it gets bad enough, I’ll start rocking or twirling until I feel better. I tend to either rock side to side, or sort of twirl my upper half around from my right side to my left. The repetitive motion calms me down.”

• Though there’s no hard data on what percentage of autistic people, particularly with Level 1 spectrum, experience recurring meltdowns in adulthood, one thing seems to be for sure:

• If you find out someone is autistic, do NOT automatically assume they have meltdowns and shutdowns.

• It’s possible an adult autist who never has meltdowns or shutdowns had them throughout childhood.

Justin Haley Phillips (Haley) is an autistic writer, editor and all-around creator who lives her life according to the mantra that “stories will save the world.” She loves tea, travel, fun socks, baking and her fur babies. Haley’s debut self-help/inspirational book, “Blossoming in the Breach,” is on Amazon in both print and Kindle. facebook.com/groups/storieswillsavetheworld