Why You SHOULD Tell a Family Member They’re Autistic 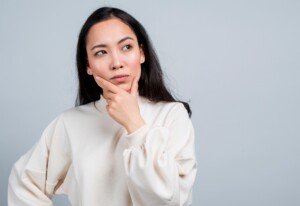 Take it from an Autistic woman: Staying silent about your suspicion that a family member is autistic will do tremendous harm.

Say something! This will help them immensely rather than hurt them.

Months after my middle-age ASD diagnosis, my older brother and I had a phone conversation about this, including how far back in time he began suspecting that I might be autistic.

He actually told me, “Probably about 30 years ago, but it wasn’t my place to say anything.”

I knew better than to open up that can of snakes (yes, we understand idioms!) and call him out right then and there.

I wanted to keep the peace. Instead, I wrote this article – for those of you who suspect that a family member or close friend might be on the Autism Spectrum – but are “afraid” to broach the topic.

I, plus another late-life diagnosed autistic woman, will explain why (and how) you SHOULD bring up your suspicion, and how keeping silent will cause irreversible damage.

The day I informed a sister of my autism diagnosis, she admitted having broached the topic with our father over 20 years ago!

He promptly shut her down; she backed off and stayed silent until the day I told her my diagnosis.

It’s possible my father at some point got really curious and did some googling, after which he would’ve realized that my sister was probably right.

But he never said anything to me – and anything he may have suspected is buried in his grave. My mother had always thought my quirks were just oddness or disrespect.

I’m reeling from the secrecy because, had I gotten my autism diagnosis 20 years ago (when it would’ve been called Asperger’s syndrome), this WOULD have, WITHOUT DOUBT, created a more favorable life trajectory.

“I was diagnosed with autism later in life aged 36, and it’s been a complete game-changer for everything in my life, from my relationships to my career,” says Alana Neimanis, founder of This Is The Remix, a provider of women’s mental health clothing.

Her young son’s autism diagnosis made her realize she shared some traits.

Alana continues, “It’s been three years since I got diagnosed, and the most common comment I get from my family when I share my diagnosis is, ‘Oh, I knew it,’ or, ‘Oh, it all makes sense now.’

“And with time these answers have fueled me with grief of what could have been if someone had said something or done something differently to help me get a diagnosis — rather than labeling me as difficult and hard to manage.

“I have come to the conclusion that it was easier to label me rather than putting an effort on helping me — perhaps lack of understanding and awareness — but a damage in someone’s life the same.”

Had my brother made it his place to enlighten me, I know, without a doubt, that I would’ve pursued an autism assessment.

It would’ve been like, “Heyyy…how come I never thought of that? This could be the answer I’ve been searching for since grade school! Finally…the mystery might be solved!”

I would NOT have chopped off his head! We Autists are logical and analytical thinkers.

Hearing that I might be autistic would’ve made a lot of sense; it would not have offended me.

And even if initially it had upset me, I swear to God that I still would’ve sought a diagnosis. And with that diagnosis, I would’ve been able to:

I would’ve realized, “Okay, this must be my autism talking. Take 10 deep breaths, close my eyes, and let the autism do its talking inside my head before I say another terse word.”

I would’ve also recognized when I was showing a total lack of empathy during times when my parents were quite visibly distressed over something and needed a hug and some soothing words (which I’ve never been good at).

I would’ve realized, “Okay, my Vulcan response here is the autism talking. Let’s break past it and give Mom a big fat hug and just hold her tightly.”

Had I known I was a perfectly made Autistic instead of thinking I was a defective neurotypical, I would’ve been blunt in many more situations in which the other person had it coming instead of holding back in the name of trying to present as “normal.”

Why is it that it’s easy for people to mention a family member’s weight gain but not open up a tactful discussion about a suspicion for autism?

My sister thought nothing of criticizing my hairstyle on many occasions, yet didn’t have the balls to share her suspicion that I was autistic?

My brother is an Alpha who’s led board meetings – yet wasn’t man enough to point out that I might have a condition for which a diagnosis could be liberating and validating?

Alana explains, “I think people have stigmatized and classed being a neurodivergent person as faulty, so when someone sees a child [or adult] who could be on the Spectrum, they don’t want to ‘offend’ the parents [or the adult].”

Yet it’s okay to tell relatives they’d look better if they lost weight, changed their hairstyle or smiled more? Okay, got it.

“So my advice would be that manners shouldn’t go above what’s best for the quality of life of a person,” says Alana.

Chances are pretty high that their initial cantankerous response will transition to some deep reflecting and head nodding – an epiphany – a sense of relief that there just might be … just might be … an explanation for why they’ve always felt so out of place in the world and had odd sensory issues.

“Approaching someone about being autistic can be difficult if you don’t have the knowledge, so the first step would be to get educated on the terms, then I’d say something along the lines of ‘Have you considered being neurodivergent? I think you could be on the Spectrum,’” says Alana.

“These comments can land in a bad way — but have a good effect in the long run.”

On the other hand, it’s also very possible your seemingly autistic family member will remain calm, have a “Hmmm” response, and thank you for caring enough about them to bring up an unexpected subject.

Never, under any circumstances, reveal your suspicion while angry or frustrated with the family member, as in, “I can’t believe you actually said that! I swear, I bet you’re autistic!”

Instead, catch them in a good mood, and yourself as well, and be candid and informative.

Trust me, saying, “Have you ever considered that autism might explain all your difficulties?” is the RIGHT thing to do!

• Do you want your family member to spend needless years wondering why they’ve always felt like a different species of human and can’t fit in?

• Or do you want them to learn that they’re neurodivergent and don’t need fixing?

• Would you rather they keep viewing themselves as having a hardware malfunction?

• Or wouldn’t it be better for all if they found out that they simply have a different operating symptom?

And don’t get me started on lost opportunities for romance and possibly a lifelong soulmate, being that I wasted many years looking for a man in the neurotypical population.

Though an autism diagnosis in my 20s or 30s certainly would not have guaranteed finding a 20-something or 30-something soulmate on an autistic dating site, that earlier diagnosis surely would’ve considerably boosted my chances of having had an autistic soulmate — who was in his 20s or 30s upon meeting him — the past 20 years.

I’m now well into middle age. I still think and feel like I’m in my 20s or 30s. Connect the dots.

Alana Neimanis created This Is The Remix a year after her ASD diagnosis. Combining her special interests of psychiatry, psychology and fashion, she creates clothing that speaks to pressing issues such as anxiety, depression, trauma, PTSD, perfectionism and more. Check out Alana’s fabulous Christmas collection!