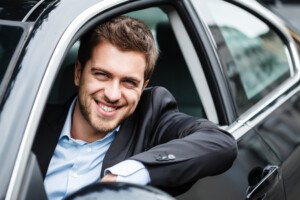 Are you a woman (or teen girl) who thinks you’d appear rude if you refused to get into a stranger’s car when he offers you a ride?

There will always be women and teen girls who accept rides from strangers pulling up alongside the curb and offering, “Hi, would you like me to drive you to wherever you’re headed?”

I will never be able to wrap my head around this. Young women have been known to accept rides from strangers in beautiful weather.

Sometimes their destination (home, work, school, a friend’s house) isn’t even that far off—only a few blocks away.

No sprained ankle, no heavy rucksack causing back pain with each step, and plenty of time to arrive at the destination—yet these girls and women get into that enclosed metal chamber with a man they’ve never seen before!

I’ve actually heard of women accepting a ride from a stranger (and the stranger is always a man) because they believed they’d appear “rude” if they declined.

And you have to ask yourself just how common this reason is, being that often, these offers of rides occur in perfect weather, when the young woman is only a short distance from her destination. 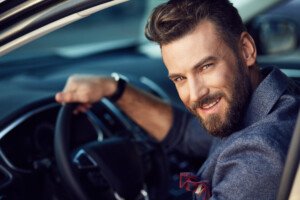 It’s okay to refuse a ride from a goodlooking man. Shutterstock/ Jaroslav Monchak

I decided to find out what Dr. Carol Lieberman thought of this. Carole Lieberman, MD, is a forensic psychiatrist and author of “Bad Boys: Why We Love Them, How to Live With Them and When to Leave Them.”

Dr. Lieberman has a very interesting take on this odd phenomenon.

She explains, “Some young women (and teen girls) accept rides from strangers because they don’t want to ‘appear rude’ or ‘hurt his feelings.’

“These women are making this dangerous choice because of unconscious feelings that they have about their fathers.

“Most have fathers who were not there for them, either emotionally or physically.

“Typically, they have been abandoned by their dads and are longing for a father figure to pay attention to them and take care of them.

“When a man offers such a woman a ride, she puts aside logic, her awareness that accepting a ride would be risky and, instead, feels flattered, appreciated, and overwhelmed by seeing that there is a man who seems to care for her, unlike her dad.

“A smaller number of women don’t want to ‘hurt his feelings’ because they feel sorry for, or guilty about, their dad.

“Perhaps their dad is ill, unemployed, depressed or died when they were young.

“They want to be nice to this stranger because it feels like helping their dad.”

If you disagree with any of this, here’s a little experiment:

Think of a teenage girl you know who is extremely close to her father. Her father is a strong person, very connected with his daughter—who’s the apple of his eye.

He’s the type of dad who eagerly bursts into the house after coming straight home from work and right away wants to see his daughter, and couldn’t care less about “going out with the boys to unwind” after work.

I’m struggling to picture this girl getting into a stranger’s car after he comes alongside the curb and offers her a ride.

It’s like accepting dog food when you know there’s steak at home for you.

I’m particularly having difficulty imagining her getting into that car in the name of not appearing rude. What on earth!

Okay, I’m sure there are some teen girls/women who are slaves to the “rude” thing without it having to do with their fathers.

For example, let’s take a young woman who, all throughout her childhood, was micromanaged by an etiquette-obsessed mother, scolded if she forgot to say “thank you” to a stranger who helped out with something, and was bullied by her controlling mother into always being prim and proper.

I can easily see this young woman slipping into that car out of fear she’d come off as rude if she didn’t.

But no matter how you slice it, something just isn’t right when a young woman, teen girl, any-age female or even male accepts a ride from a stranger.

Usually this happens in good weather and when the passenger is not in pain walking.

I’m sure that some of these men who offer rides to strangers are innocent and only trying to be “nice.”

But it certainly raises red flags when these nice men offer rides only to young, attractive, able-bodied women, while there are certainly many other women who are finding it more difficult to walk, such as one who’s obese or who’s senior-aged.