Men Tell Women to Smile As a Way to Control Them 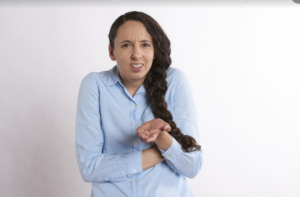 There is a real obvious reason why men tell women they don’t know to smile: It’s all about control, being the dominant sex, and getting women to smile affirms this need.

It’s a passive type of control.

Can you think of a more logical reason why men will tell a woman on the street or inside a building — a total stranger — to smile?

“When men tell women to smile, then this is a form of sexism, especially if it occurs in the context of catcalls and street harassment,” begins says Patricia Celan, MD, a psychiatry resident at Dalhousie University in Canada.

It’s almost as though he wants a reaffirmation that his sex is the stronger of the two, that men will always have dominion over the planet.

Or, to scale this down somewhat, he wants reassurance that he can still get a woman to follow his orders — even though his wife wears the pants in the household.

Critics, who label women who are offended by this as petty and whiny, are quick to point out that these men are either concerned for the woman’s welfare (even though she’s not bleeding or crouching in pain), or are attempting to start small-talk.

The Problem with the Critics’ Theories

“Note that this almost never happens between men or from women to men,” says Dr. Celan.

“This does not come from a place of concern about a woman’s happiness, but from some men’s wish to have a woman cater to his desires.”

Imagine one of these men telling a man in leather who just stepped off his Harley, “You’d be really handsome if you smiled!” 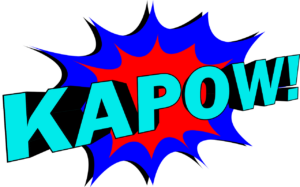 Why don’t we see these men saying, “You’d be really pretty if you smiled,” to an old lady — like the one below? 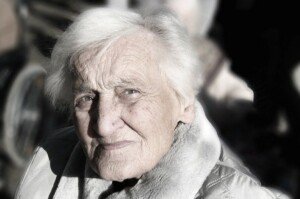 As for trying to initiate small talk, this theory sinks when the environment isn’t a socializing atmosphere, such as the time I was examining some fruit in the supermarket’s produce section, and suddenly I heard, “Smile, things can’t be THAT bad!”

This man had no intention of stopping before me and striking up a conversation. He walked right on past me, but he just had to slip in his comment.

It was his way of re-establishing his sense of control over women, of being the “superior sex,” of feeling in charge — even though I did NOT obey his command. (I actually followed him and gave him an earful.)

These men bank on the expectation that a certain percentage of women will obey their commands, and even if that percentage is only 20 percent, that may be plenty gratifying enough to many of these men.

If you doubt this is related to control, ask yourself why, in almost every case, the woman whom the man targets is visibly younger.

So if a 40ish woman gets targeted, the man will likely be 50ish or older. He will never be 30ish, let alone 20ish.

The illusion of being in control mounts when the woman is younger than the man.

“A smiling woman can often be seen as more friendly or attractive, and plenty of men believe a woman’s role is to embody the role of the attractive, friendly person,” explains Dr. Celan.

“If she does not appear to be doing this right away, he wants to influence and control her to meet his image of what a woman should be.

“However, it is not a woman’s job to please every man she passes on the street.

“Looking attractive is not the rent that women pay to live in a man’s world.

“Just like men do, a woman has every right to smile only when she so desires and when the context warrants it – not when someone demands her smile.”

If you want us to smile, the fastest way to accomplish this is to SAY NOTHING but SMILE AT US.

The irony is that the smile command nearly always comes without a smile! Come on, this is clearly a control issue!

If a man is truly concerned about the emotional state of a woman who’s a stranger…don’t you think there are many more tactful, efficient ways he could probe into this?

And if it’s not a control issue, then why aren’t these men approaching women who truly appear to be in distress?

Why don’t we see them offering to help the homely older woman as she hobbles with her cane? They’ll walk right on past her and tell a fit-looking young woman to smile. 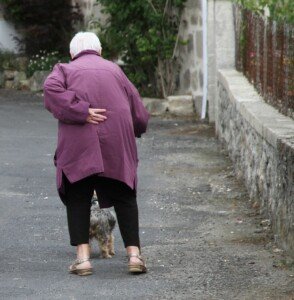 And as mentioned, why don’t we see these men approaching other men with frowny faces?

Oh, that’s right — they’re afraid of getting a knuckle sandwich.

And they’re not seeking to feel in control of other men.

Some men justify the smile command by stating it occurs all the time within their family.

But how do you go from that to a total stranger on the street or in the grocer’s produce department? Or in an elevator?

The command to smile is rooted in the need for men to assert their control over women. What better place to do that when both are entombed in a metal box!

Do you really think the command to smile will lift a woman’s spirits when she just learned her mother has stage 3 pancreatic cancer?

If a woman is deep in thought (mounting bills, waiting for mammogram results, waiting to see if her kid got accepted to that Ivy League school, composing music, rehearsing how she’s going to ask her boss for a raise), she has a right to have a “resting bitch face.”

It’s none of your business.