Why Saying “You Look Tired” Is Among the Rudest Comments 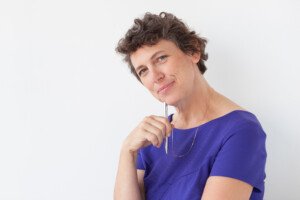 Telling a stranger they look tired is extremely rude and thoughtless, and contrary to myth, is NOT a show of concern.

There are actually comments in threads about this topic in which the poster defends those very rude people who tell strangers they look tired.

The most common defense is that the speaker is “concerned.” Um, I don’t think so.

When’s the last time YOU were worried that a stranger looked tired?

That’s what I thought.

I’m thinking that those who believe that telling a stranger they look tired is a “show of concern” are those who are trying to make themselves feel better for lacking the wits to put these mannerless strangers in their place.

Smiling back at these witless strangers is not the high road and sends the message that it’s perfectly okay to make unflattering comments about others’ faces.

“You look tired” is almost as bad as telling a stranger they look bald or fat.

The reason it’s not equally ranked is because the perception is that a tired look is temporary and can be gone in an hour, whereas hair regrowth and weight loss can’t be done in hours.

However, if someone’s natural look is tired, they really can’t change this unless they deliver a fake smile, and even then, they can STILL look quite “resting bitch.”

This should not be of any more interest to you than what brand of paper towels they buy.

“Young children are known for stating exactly what they’re thinking, even if that involves making an observation that they would later learn is bad manners,” says Patricia Celan, MD, a psychiatry resident at Dalhousie University in Canada.

Dr. Celan explains, “For example, a child may state, ‘There’s something wrong with that person’s leg,’ very easily, whereas most adults would not comment on someone’s prosthetic leg out of the blue.

“Unfortunately, telling people they look tired is one such rude habit – and most adults haven’t realized it’s rude, because it’s so widespread.

“Certainly, telling a close friend that she looks tired because you are genuinely concerned about what you know of her recent schedule or personal struggles is one thing.

“That may be a segue into important questions about how someone is doing overall, allowing someone to confide her pain or frustrations, or it may be a helpful pointer like telling your friend she has spinach in her teeth before she gives a speech.

“However, a complete stranger making comments that someone looks tired is not so appropriate, and may actually be inaccurate.

“If this is the first time you have met someone, how do you know that person who ‘looks tired,’ ‘looks pale,’ ‘looks unhappy,’ is actually looking any different?

“Sometimes a person’s normal, baseline face looks a certain way, and making observations about something that can’t be helped can be just as off-putting as a child pointing out a prosthetic leg.”

But critics of the complainers will assert that the speaker really IS concerned.

Since when does THIS rank right up there with clutching one’s chest in pain, tripping and falling or coughing due to something stuck in their throat?

Is looking tired such an ominous sign of pending doom that we must point it out to total strangers? Gee, why not also tell them the color of their shirt while you’re at it.

If you’re guilty of telling strangers they look tired, ask yourself what your objective is.

Killer Response Next Time Someone Says You Look Tired

“That’s because I was up all night having really amazing sex, and….you look very well rested!”