Great Responses and Comebacks to Being Told “You Look Tired” 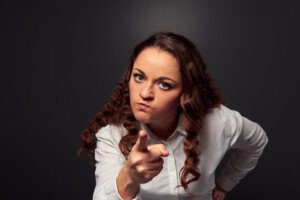 If you’re tired of being told by strangers “You look tired,” here are some really clever and feisty responses and comebacks!

But when a stranger says this to me, or to anyone else—it is just plain rude.

It hasn’t happened that often with me, actually, but the few times that it has, it completely caught me off guard, because in every case I was wide awake!

I wonder if the people who will think I’m being too petty are the same people who’d think nothing of swatting the daylights out of a three-year-old child for a minor infraction. Talk about over-reaction!

Great Responses to “You Look Tired”

State this matter-of-factly and then give a neutral gaze to the stranger as that person tries to deal with the embarrassing realization that they just insulted you.

#2. “Yep, I was up all night having really great sex. And you look very well-rested.”

#3. “Wow, your powers of observation are stunning!”

#6. “Really? Can you explain what it is about my face that looks tired?”

(This will embarrass them perhaps more than the cancer response, as they are now being requested to point out a stranger’s wrinkles, sagging mouth, dark eye circles, etc.)

Being told you look tired should not be ignored.

When an adult makes an inappropriate comment to a stranger, they should be called on this.

If children should be corrected on being ill-mannered, why shouldn’t adults?

You should never feel the stress or pressure to enhance your face before every venture into the public just so you can look wide-awake for strangers.

If I look tired, that’s nobody’s business except that of my loved-ones.

Why would a stranger have a true, sincere concern if you look tired?

I think these are people who are desperate for a social connection and lack the cognitive prowess to come up with anything less lame than “You look tired.” They deserve a good response.

The fact that they mean no harm is beside the point. The child who makes a disrespectful comment to an adult may also mean no harm, yet as mentioned already, most people would be quick to correct the child, some of them going as far as a scolding or even corporal punishment.

So why should ADULTS get away with insolvent comments to strangers?

“You look tired” may, in a very small percentage of cases, trigger a conversation between two strangers in an elevator, in a long line or on a bus. But that’s beside the point.

If you want conversation, say something neutral or make a comment about the latest national headlines.

It’s just plain rude to make a negative comment about a stranger’s face.

You’ll lose nothing by refraining from telling a stranger “You look tired.”