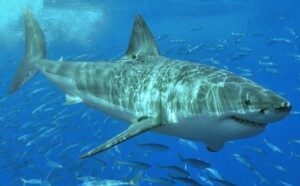 Just exactly how do hyperfixations in autism spectrum disorder arise in the first place? Are they foreseeable? Or do special interests “just happen”?

Can a new interest – that’s heading down the wonderful path of special interest – be stopped in its tracks?

As an autistic person, I will explain the answers to all of these intriguing questions! I’ve had many special interests or hyperfixations throughout my life.

One might say that several of them were bona fide obsessions – depending on how you define “obsession.” I even had a special interest that almost was.

I was diagnosed with autism in the spring of 2022 – after a lifetime of experiencing a propensity to develop intense interests in a variety of subject matter including odd– an intensity that went well-beyond the realm of what would be considered a normal or typical level of interest.

Based on my experience as an Autist, I can confidently declare – with 100 percent certainty – that special interests are NOT premeditated or planned. They, indeed, “just happen.”

Good God, the last thing I ever thought I could ever be interested in, at age 12, was SHARKS.

But lo and behold, the movie “Jaws” sent me on a path that I never saw coming. This was one of my biggest obsessions.

It included every day, eagerly anticipating getting my hands on the city newspaper to see if there were any “shark articles.”

I got SO excited when I caught a headline with “shark” or “Jaws” in it. I’d read  it, then cut it out and put it with my growing collection of clippings in a shoebox. It eventually reached over 200 clippings including promotions for the movie.

After seeing the movie for the first time, I had no idea what was about to come.

Nobody encouraged my ensuing infatuation with “Jaws” or shark attacks. I never had a pre-existing interest in sea life.

The closest to that was a collection of seashells and coral. I also had no previous interest in animal attacks on humans.

Perhaps my autistic brain was ready for its first giant special interest.

Prior to that I had several other hyperfixations, including an intense interest in “curve-ups,” the way the ends of some car trunks curved up; and roller window shades. See my drawing below at age nine. 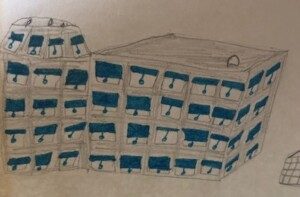 Drawing by author at age nine. Every one of the 44 windows has a roller shade.

At age 10 I was so enthralled by the local case of missing cousins, ages six and seven, that I clipped every newspaper article about this mystery and glued them to a big poster board.

Amazingly, while in grade school, I had the wisdom to recognize that I was susceptible to these “phases,” which I called them, which also included a very keen interest in comas.

I had the foresight to actually reflect upon how I should really enjoy “my latest phase,” because “it’ll be gone in a few months.”

I’d also wonder what the next one would be, always knowing there’d definitely be a next one! But it was absolutely impossible to predict what it would be.

How uncontrollable are special interests in ASD?

If the autistic individual indulges as the interest develops, the interest becomes uncontrollable – as far as what the Autist feels.

They may be able to control the expression or pursuit of the interest, but this doesn’t mean the hunger has vanished. I had to suppress the expression of my interest in sharks because my mother was getting sick of it.

I had a special interest that almost was. Let me explain. In 2020 I was working on a project off of my bucket list: Listen to all the great symphonies to see if there were any undiscovered gems.

I wondered if somewhere out there was a great composer whom I’d never heard of, who could totally blow me away.

So I began listening on YouTube, not too impressed after many symphonies.

Slowly but surely I was crossing names off my list of famous composers, disappointed. The next one up was Dmitri Shostakovich.

HOLY F#CK. How could I have made it to middle age without knowing this guy ever existed? I was B.L.O.W.N.  A.W.A.Y.

This desire to learn about him and the inspiration behind symphonies 5, 7, 8, 10 and 11 was unprecedented, in that I’ve never had an interest in learning about other composers who impressed me such as Rimsky-Korsakov and Mussorgsky. I HAD to learn about “Shosty.”

So off I went, reading up about him, fascinated. I also developed an unprecedented interest in the 1941 Nazi invasion of Leningrad, plus Joseph Stalin’s tortuous rule of pre-WWII Russia – which were inspirations for Shosty’s music.

WHO’D EVER THINK that I, who hated history in high school, would ever suddenly want to learn about the Nazi invasion which resulted in the deaths of 800,000 Russians?

I found myself driven to read up on Shosty and the Siege, not to mention anything I could find about that wondrous, mesmerizing, spectacular Symphony #7 with its mind-blowing finale that sends chills through my body every time I listen to it.

But then, something happened. I thought, “Oh no…here we go again…another obsession brewing.”

This was before I began strongly suspecting I was autistic or even knew that “special interest” was a term of endearment in the autism community.

I didn’t have the time or patience to get absorbed in another interest. Too much was going on in my life. I knew that if I indulged, there’d be no stopping me.

I felt that if I allowed myself to get carried away with a deep dive into Shosty and the Siege, there’d be no turning back, and I’d get all-consumed, and things that needed to get done would get neglected.

I just didn’t feel free enough to pursue my new passion, which I knew had a LOT of content written about it. I had to stop it in its tracks – and I actually regret this.

Many times I fought the urge to put everything aside and read and read about the Siege and anything about Shostakovich.

It was like continuously saying “No” to a room full of dozens of different chocolate layer cakes.

The urge, though, is still in me, occasionally beckoning for me.

The content on the Siege is endless, unlike the content about a 2005 fatal crane daredevil stunt in Denver, which I had developed an intense interest in.

The information was extremely limited (no other reported deaths of men swinging from crane arms and slamming into buildings), and thus, this mini special interest was easy to pursue and quickly exhaust.

What conditions must be present for a special interest to develop?

I don’t know. For the life of me I can’t figure out what was going on when I was 12, or what was happening when I was eight or nine that caused the whole household to know I was infatuated with window shades – of all things.

Why did I become infatuated with the TV series “The Incredible Hulk,” but not “Star Wars” a year earlier?

I thought “Star Wars” was a great movie, but I had no interest subsequent to that other than John Williams’ spectacular music.

What precipitated my huge hyperfixation on schizophrenia, mental patients and mental hospitals when I was in college? To this day I still don’t have a clue.

How soon into a new interest does an autistic know it’s going to go special interest mode?

I’d say it’s fairly rapidly, like the 2010 Olympic fatal luge practice run of Nodar Kumaritishvili. I really ran with that one – the moment I learned of it.

I also wasted no time taking a deep dive into wood chipper deaths after a local tree worker got literally ground up by a wood chipper.

I also have no memory of how some special interests were born. For example, my earliest memory of my fascination with spelling girl names uniquely was in seventh grade. I can’t recall what kicked this lifelong hyperfixation off.

Can a normal-level interest of many years suddenly go special?

Yes! I have an obsession with big, fat ponytails! However, since my later teen years, I’ve always gotten a kick out of how big my own ponytail could be.

I’ve stimmed with my hair (tactile and olfactory) since my teens, and certainly, all my life I’ve seen big voluminous ponytails on other women, even men.

But for some mysterious reason, about seven years ago, I began developing an extreme fascination with ANY big, fat, badass ponytail. And it persists to this day!

I have no idea what the trigger was. But spotting badass thick ponytails in public brings me INTENSE joy. I’ve even put TV shows on pause to stare at big ponytails of women in the background.

My Next Special Interest

I have no idea what it’ll be or when. An autistic person – at least me, anyways – cannot make this prediction. I cannot create a hyperfixation. It finds me. I don’t find it.

I instantly developed a special interest in birds fatally crashing into windows – only after one fatally slammed into my living room window. I saw this in my peripheral vision, not to mention heard it.

Several years prior a bird flew in front of my car and got hit; in my rearview I saw it flopping on the ground. No special interest. Why? Got no idea.

As a child I saw a cat get hit by a car. It soared high into the air, then fell to the street, flopping all over the place. No special interest.

But when a bird crashed into my window … BOOM – a deep dive. I can’t explain why my autistic brain runs with one event but not similar ones.