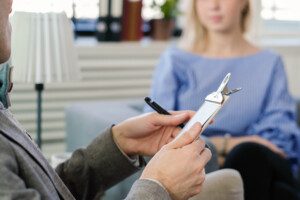 Is autism the latest “fad diagnosis” or is there validity to why so many adults these days are getting an autism diagnosis? What’s really going on here?

I was diagnosed with Autism Spectrum Disorder in middle age – after NOT ONCE in childhood, teen-hood, young adulthood and early middle age ever suspecting that I just might be autistic.

But then well into middle age … something happened. I began getting a flow of articles in my feed to a content site that I was a member of.

The articles were written by autistic people. Now, several years prior to this, something made me one day decide to take an online test for autism.

The result was at or slightly above the threshold for suspected autism. This result was replicated on a second test for autism. Hmmm…I thought that was interesting, but hadn’t given it much thought after.

But in 2021, after reading one article after another by autistic people and realizing that I myself could’ve written their content from subjective experience, I finally realized that Autism Spectrum Disorder was the ONLY condition that could explain so many lifelong things about myself. I got a formal diagnosis in 2022.

Why More and More Adults Are Getting Diagnosed Autistic

“I think there are two main reasons why we are seeing such an increase in adult autism diagnoses,” says Dr. Jessica Myszak, licensed psychologist, and director of The Help and Healing Center, whose practice is mostly autism assessment for adults.

“First, the criteria for an autism diagnosis changed in 2013, which made it easier for people to meet criteria for autism. ‘Autistic disorder’ itself was first in the DSM-III-R in 1987 — so for people born prior to then, there was extremely limited understanding and knowledge about autism.

“Second, people are talking about neurodiversity and differences in a way that they did not in the past.

“There are websites, books and various types of social media, and people are sharing their stories.

“For people who have not previously given much thought to autism, they are suddenly finding themselves resonating with these stories and experiences, which is often prompting them to ‘go down the rabbit hole’ and learn more about themselves.”

YouTube. A person might be perusing YouTube for a video pertaining to a topic that they’re struggling with, such as eye contact, not knowing when people are joking with them or how to act in certain social situations.

Their keyword searches pull up videos with “autism” or “autistic” in the titles. This grabs their attention.

There’s no turning back at that point; they are now hooked on viewing one video after another on “signs of autism in adults” or “how autism presents in women.” This eventually leads to an ASD assessment and then diagnosis.

More Online Content. There’s simply MORE content about autism – so much so that article headlines may randomly show up in one’s feed, catching their attention.

They notice a subject that resonates with them; they read about it, and … the dots start connecting. They chase down more information, rapidly becoming quite knowledgeable of ASD, and this culminates in an assessment.

Kid Got the Diagnosis. What’s happening more and more is that an adult gets diagnosed autistic after their child does.

The evaluator notices ASD traits in the parent and recommends an assessment.

Or, the parent suddenly realizes, “Hey … I was the same way when I was a child,” or, “Gee, my daughter and I are so similar – and she was just diagnosed autistic…”

More children these days with mild autism are being diagnosed because we now live in an era in which mild or subtle signs of ASD are being spotted by observant teachers, coaches and even parents — such as wanting to talk all the time about an odd interest or being fascinated by something strange like car trunks.

In today’s climate of growing autism awareness, teachers will notice the one kid in the class who hates joining groups when the teacher tells everyone to get into groups to work on a new assignment.

The teacher might think, “Hmmm…I wonder if she’s autistic.” But when I was in high school, the teacher thought my reluctance was due to a bad attitude.

When kids are suspected of being on the Spectrum, this has great potential for the parents to start wondering if they, too, are autistic.

There is NOT a rash of non-autistic people getting diagnosed autistic.

And certainly, a neurotypical person isn’t going to feel so chronically “different” that they’ll be compelled to seek a formal evaluation, for which the waiting time can be many months.

People who seek ASD evaluations have felt, since childhood, like an outsider looking in, like an outlier, even an alien from another planet.

They’ve always felt different, odd or unusual. They’ve been regarded as such, too, by classmates, teachers, coworkers, even family members. They’ve never fit in.

Or, if they did fit in at some point, it was due to a lot of conscious effort that didn’t feel natural (masking or faking neurotypicality).

Bottom line: The increase in autism diagnoses among adults, as well as children, is NOT a fad.

NOTE: Some people may believe that a diagnosis might be made with financial gain on the mind of the evaluator.

However, there is no drug treatment that’s effective for ASD itself (though some autistic people take medication for anxiety, depression or ADHD).

The autistic mind also doesn’t respond to talk therapy, group therapy or other kinds of counseling the way the mind of a depressed or anxious individual might.

This is because autism is a way that people process information and “see” the world, rather than a mental illness such as depression, anxiety or bipolar.

Rest assured, when an adult, including in middle age, is diagnosed autistic, this is because their examiner truly believes that the individual is on the Autism Spectrum.

“For most adults, getting an evaluation is an important part of better understanding themselves and being able to be kinder to themselves and honor who they are and what they need out of life,” says Dr. Myszak.