Why Mothers Should Be Best Friends with Their Kids 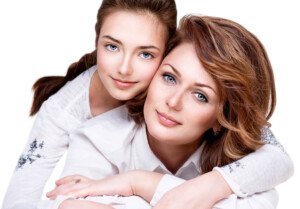 A teenager who declares her mother is her best friend is showing lots of respect, not the absence of it.

Judge Judy once explained to Larry King that mothers should not try to be “friends” with their kids.

However, if your teen daughter considers you her best friend, she won’t hide much from you.

And isn’t this exactly what a mother wants  —  that her teen “open up” and seek moral support and guidance from the mother, rather than from her teen friends?

If your daughter is your “best friend,” then rest assured, she will bring to you her hopes and dreams, trials and tribulations, and value your opinion, rather than ignore you when you ask her how school was.

Over and over again I hear how mothers should never try to be friends with their kids.

This advice does not correlate to a teenage girl posting on Facebook, “Happy birthday Mom! You are my hero, the most loving mom anyone can have, my guide in life, but mostly, my very best friend.”

Is this disrespectful or heartfelt? Did this girl’s mother goof up with the parenting role or succeed in it? Hint: It’s very endearing and the mother nailed her role!

Mothers should be best friends with their kids.

The word “friend” should bring to mind only positive ideas and images, such as relaxed, free-flowing communication, honesty, trust and affection – gushing full-force both ways: from mother to child, and child to mother.

It is not disrespectful to call your mother your best friend. And a mother does not usurp authority and leadership when she calls her daughter or son her best friend.

In fact, this is the highest compliment both generations can give each other.

Eventually, we outgrow the need for our mothers to provide food, clothing, money, transportation and corrective responses  — items that a cook, seamstress, bus driver and nanny can provide.

Without a friendship to maintain the connection between mother and child, what is left, once we’re grown up and taking care of ourselves? What then binds offspring to mother? A friendship will do just that. 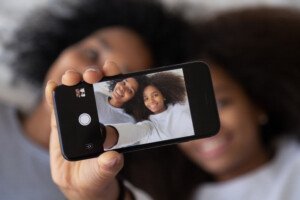 If your child thinks of you as her best friend, feel proud and accomplished, because this means she thinks very highly of you; you are No. 1 in her life.

If your daughter (or son) doesn’t quite see you as a “friend,” then this is a wake-up call, a sign that you should seriously access the relationship.

When Mollie was a teenager she was telling her authoritarian mother that mothers and daughters should be best friends.

Her mother got mad at this idea and, with a scornful voice, criticized Mollie’s pleas for a friendship.

Mollie was an “A” student and wanted to be a doctor. She was reaching out to her mother.

She kept pleading her case. Her mother kept shooting it down. Mollie, looking back at this transaction of many years ago, believes it was the last time she ever reached out to her harsh, unfeeling mother, and got the door slammed in her face.

Mollie became a doctor and has been estranged from her mother for many years—beginning with when she graduated from medical school.

When Judge Judy asserts that mothers should not try to be “friends” with their children, I must wonder how this judge believes good friends treat each other.

Best friends hug and embrace each other, offer a shoulder to cry upon, lift up each other’s spirits, encourage each other to leap for the stars, have fun with each other, travel together, and are always there to listen with a nonjudgmental ear.

And this is the kind of relationship that every mother should want with her kids  –  and that every child wants with his or her mother, even though it may not always seem that way.

Friendship, by definition, consists of mutual respect, and if your child respects and admires you, and you cherish that individual, then these strong feelings can only be described as the best friendship possible between two people.

Often, when a teenager or adult speaks lovingly and respectfully of his or her mother, the phrase, “She is my best friend,” usually comes up.

The converse is also true: Many times, a woman will refer to her teen or adult child as “my best friend.”

Ever hear of a teenager–who’s out-of-control and always angrily mouthing off to her mother–lovingly refer to her mother as “my best friend?” Nope, never happens.

Think of all the stories you’ve read or seen on the news in which a woman is reminiscing (often through tears) of her teen child who was killed in a school shooting or car accident.

Nearly every time (it’s actually quite predictable), the mother will say, “She was my best friend.”

Does this mean the grieving mother had no authority in the household and never disciplined, allowing the child to run amok and get in trouble?

And I can’t begin to tell you how often I’ve seen on TV a teenage girl say, through buckets of tears, “She was my best friend,” when talking about her mother who died of breast cancer.

Does this mean the daughter was disrespectful while the mother was alive?

What Does a Relationship Expert Say?

“The problem with this is that it’s black and white rigid thinking,” begins Tina B. Tessina, PhD, a licensed psychotherapist in S. California who counsels individuals and couples, and author of 13 books including “Money, Sex and Kids: Stop Fighting About the Three Things That Can Ruin Your Marriage.”

“Yes, of course you should be close to your daughter, but not so close that you can’t be respected and stand for what’s right,” continues Dr. Tessina.

“It shouldn’t be a choice between setting limits and having a warm relationship. You can do both.

“In fact, your daughter [or son] will respect you more if you’re willing to risk her anger at you for saying ‘no’ to certain things that would be bad for her; or insisting she do chores, homework and be responsible.

“If you have to make a choice between being your daughter’s ‘friend’ or her parent, choose parent.  But, five minutes later, you can be friends, too.

“Problems arise when parents relinquish their responsibility to teach, discipline and shape their children’s lives, because they don’t want to risk the relationship.

Mollie says of her mother, “She always viewed parenting as a job. But it’s not a job. It’s a relationship. It should have been.

“My mother was all about show me respect, never question me, and if you don’t like it then there’s the front door.

“That kind of parenting, no friendship, has cost her big time. None of her grown kids are close to her.”