How Stress & Anxiety Cause Acid Reflux 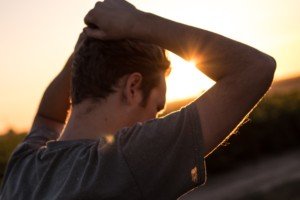 Learn about mechanisms behind stress or anxiety causing acid reflux.

You may know full-well that acid reflux can be caused or triggered by anxiety and stress. But just how does this work?

“Stress may cause increased vagal nerve stimulation in the brain, which may lead to increased acid production in the stomach,” says Jonathan Zinberg, MD, chief of gastroenterology at South Nassau Communities Hospital, Oceanside, NY.

This was his first thought regarding this under-researched phenomenon.

Dr. Zinberg then explains, “There are many theories regarding stress and heartburn.  Some say that increased cortisol/epinephrine leads to less blood flow to the stomach, with slow digestion and emptying of the stomach, with subsequent reflux.”

He continues, “Some point to decreased prostaglandin [a hormone] in the stomach, which helps to protect the lining of the stomach (so what?).

“There is little evidence for any of this,” says Dr. Zinberg.  “The theory I mentioned about the vagus nerve sounded good, but I found no evidence for that either [after digging further into this after I sent in a few follow-up questions].

“In fact, a scientific study from 2005 showed no evidence for increased acid reflux at all during stress, despite increased symptoms of heartburn.

“So stress probably causes an increased perception of pain from minor stimuli rather than actual increased reflux.”

This may very well apply to some individuals, while others will swear that stress or anxiety (acute or chronic) is strongly associated with symptoms that clearly spell acid reflux.

I myself once developed what could only be acid reflux making its way into my throat and causing a cough every few minutes.

It’s no coincidence that at the time the cough developed, I was facing a colonoscopy to find out why I had sudden-onset diarrhea and weird-looking stools (I feared colon cancer).

And the procedure was two days after my beloved dog was euthanized for brain cancer — after I spent eight agonizing weeks trying to save him.

If this isn’t severe chronic anxiety and stress, I don’t know what is.

The cough vanished immediately after the gastroenterologist told me that everything looked normal, and it never returned.

I also developed a mild burning in my upper abdomen, plus dull aching in my chest, that coincided perfectly with the onset of a urine and feces stench that began invading my home through the ventilation and pipes — from the hoarder neighbor next door who was literally living in his wastes and accumulated garbage.

I was told by several authorities that nothing could be done about this.

I was faced with living with this disgusting foul odor in my own home indefinitely.

I was on the phone for hours on end with every conceivable authority in an attempt to get the neighbor evicted. If this isn’t extreme anxiety and stress, I don’t know what is.

The acid reflux symptoms vanished (and never returned) the day the police chief contacted me with news that the landlord was served a notice to remove the tenant within 72 hours!

How do stress and anxiety cause acid reflux? Maybe the best answer is: You decide.