Why a Bullied Child’s Suicide May Be Rational vs. Mental Illness 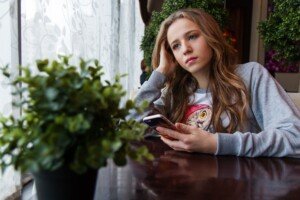 Perhaps the bullied teen or adolescent who dies by suicide was thinking rationally rather than suffering from clinical depression or mental illness.

When yet another story breaks of a child who dies by suicide as a result of bullying, many people attribute this to a mental illness, namely depression, and the event spurs a lot of discussion about the stigma of mental illness—a stigma that keeps the depressed victim from seeking counseling.

But is it really a hallmark of mental illness when a young person sees suicide as the only escape from the bullies who make her feel worthless and defective?

This isn’t about “getting” a thicker skin or being overly sensitive.

We see the parents of bullied kids who died by suicide communicating to the media. We see what appear to be wonderful parents.

But like the man who batters his wife several times a week behind closed doors, but then in public presents himself as the perfect husband, is it even remotely possible that many bullied kids (who die by suicide or attempt it) had abusive parents?

And when I say “abusive,” I don’t necessarily mean physically or sexually. Remember, words can strike a developing mind with the impact of a hot brick on flesh.

This is evident in the flood of comments that pop up when the teen bully suicide story makes it to a major news outlet.

You’ll find plenty of posts by adults who were bullied at school and had zero sanctuary at home.

Namely, they faced humiliation and scoldings from parents who blamed them for the bullying.

The posts are deeply disturbing, telling of the emotional abuse that these posters suffered at the hands of their parents, creating in them an internal fragility that the bullies at school feasted upon.

School ends late in the afternoon, but going home is the second and third shift of bullying. The situation is inescapable. Suicide becomes inviting. Mental illness or logical thinking?

When bullied kids see suicide as a solution, this isn’t the same kind of “crazy” thinking that, for instance, went on in the case of the Heaven’s Gate cult, in which the 39 brainwashed participants ended their lives because they believed suicide would take them to a space ship following a comet.

With parents who demean and dis-empower their kids, crushing any dreams in life they may have, these kids feel hopeless despair and see suicide as the only way out.

Hardly seems like “mental illness.” It almost makes a lot of sense. Again, read those posts of the former bully victims who grew up, which are found on any big article about this topic. The posts are chilling.

It’s a lot easier to blame mental illness as the driving force to youth suicide, and perhaps this IS the case when the teenager who takes his life actually had everything going for him: lots of friends, great parents, popular at school, athletic and talented.

But suppose a teen, let’s call him Greg, faces ongoing belittling by his booming father and popular “mean boy” older brother. By the time Greg reaches high school he feels disgusting on the inside.

He has great dreams but believes he’s not good enough to succeed (thanks to relentless discouragement from his father and brother—while Mum remains emotionally weak on the sidelines).

Greg is naturally introverted and awkward, so this makes him get picked on by teachers who favor more engaging, extroverted students.

Kids make fun of him daily and nobody wants him at their lunch table, so he eats lunch sitting on a toilet in the restroom because it’s too humiliating to be seen eating alone in the cafeteria.

Greg feels like a total loser and knows he’ll be saddled with lifelong psychological baggage. Would it really be a sign of mental illness or wayward brain chemistry that Greg would one day take his life?

Izzy Kalman, author of Bullies to Buddies: How to turn your enemies into friends, concurs.

Dr. Kalman believes that the same anti-bullying organizations, that work hard to raise awareness that the horrible effects of bullying can lead to suicide, still have trouble accepting that bullying is responsible, and that there must have been an underlying depression.

Yes, it is so hard to accept that suicide can be seen as the only solution by a rational person who is suffering abuse at the hands of others.

Dr. Kalman is a psychotherapist in private practice and has treated many victims of bullying for over 20 years. He has published extensively on solutions to bullying.

Source: wikipedia.org/wiki/Heaven%27s_Gate_%28religious_group%29 Why a Bullied Child’s Suicide May Be Rational