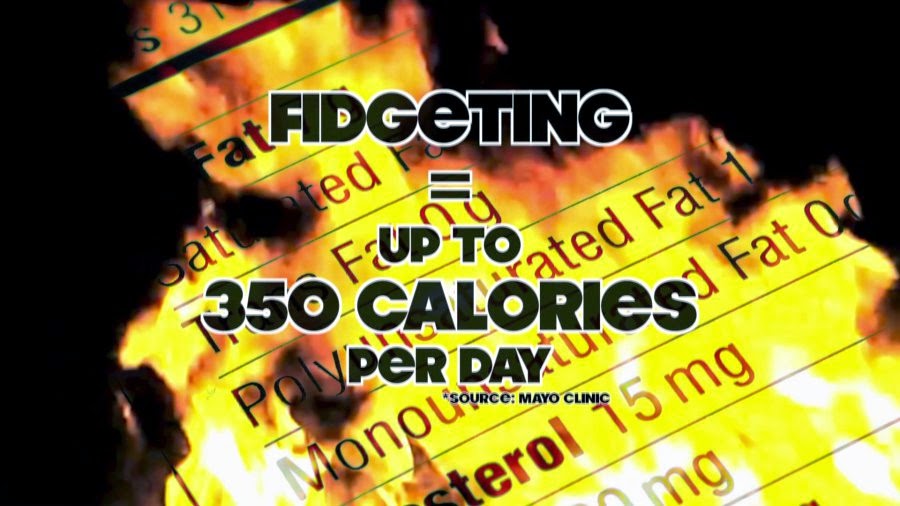 A teacher blew off a 13-year-old’s proposition that fidgeting burns calories, which, many years later, was proven by research to be true.

When I was 13, I was a freshman at a Catholic high school. There was a nun, Sister Jeane Francis.

She one day commented that I had a tendency to fidget while seated in her class. The fidgeting consisted of moving a crossed leg up and down repeatedly, or just repeatedly flexing my foot—that is, lifting the heel off the floor repeatedly.

The fact that this nun couldn’t think of anything more earth-shaking to comment about, speaks volumes about her character.

I told her that fidgeting burns calories.

She thought this was ridiculous. I think she then asked why I thought that fidgeting burns calories.

I explained that even though the movement was small, it had a cumulative effect; over time, all that fidgeting would add up to a good number of calories burned.

Sister Jeane Francis thought this was absurd. I don’t remember the words she used, but I DO remember the impression she left on me: That the idea that fidgeting can burn enough calories over time to affect body weight was absolutely stupid.

Not in my wildest dreams could I ever have predicted that MANY years later, a study would come out, showing that the amount of calories burned from fidgeting was, over time, remarkable.

That study was like a snowball rolling down a hill; more studies suddenly popped up—with the same results: Fidgeting burns calories, and lean people tend to fidget more.

Some of the Studies

In fact, so compelling was all this research that at least one book was written on how to lose weight by fidgeting.

And by the way, the cumulative effect has been identified as up to several hundred calories PER DAY. Since there are 3,500 calories in one pound of fat, let’s do some simple math:

Divide by 3,500 to see how many pounds of fat that is: 31 pounds! If this sounds too incredulous to believe, read the studies.

Not only that, but fitness experts typically agree that fidgeting throughout the day will burn hundreds of calories that you would not burn if you “sat tight and still” like some teachers order their students to.

Of course, if the family is playing Scrabble and one of the kids can’t stop fidgeting, it can be annoying.

The person sitting behind you on an airplane, who can’t keep their legs still, will annoy you by “kicking” your chair. Yes, fidgeting can be very annoying to those nearby.

HOWEVER…this doesn’t change the fact that it burns enough calories in one year to either cause weight loss in those who take up fidgeting, or, prevent weight GAIN in those who’ve done it all along.

And that was my point with Sister Jeane Francis…and this biology teacher, who thought she knew everything, turned out to be clueless, while I, at age 13, was ahead of my time.

As a 13-year-old, and at no point after that, I never told anyone else about my theory that fidgeting contributes to calorie burning. What really riles me, however, is that the biology teacher thought this was poppycock.

I wonder if she lived long enough to become aware of the studies and mounting media support of this newly discovered accessory to a weight loss program.

Another point that must be made is the sorry fact that many teachers—and parents—are quick to dismiss ideas simply because they come from kids.

Usually, kids haven’t lived long enough to feel suppressed by expectations and pressure to blend into the herd mentality.

Kids tend to be more free-spirited than adults, less inhibited with expressing their thoughts, more inclined to think outside the box.

But over time, if they’re around the wrong people, they WILL become silenced. Hopefully, such kids will one day rediscover the power of bold expression and embrace it.

Meanwhile, keep moving those feet, twirling the hair and tapping the pencil—as long as your fidgeting isn’t getting on the nerves of the person sitting next to you.