It’s Legal to Pay People with Disabilities Under Minimum Wage 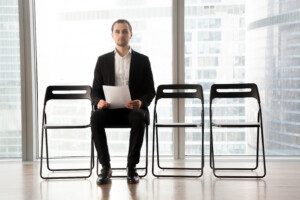 It’s legal to pay challenged people less than minimum wage simply because of their challenge, regardless of skill level on a job that normally pays more.

Bob is a 25-year-old man whom I know well. He has a master’s degree from a prestigious university, is extremely smart and wants to work, but Bob is only allowed to work one day a week and he only earns a measly $5 an hour.

It is because Bob has developmental differences, and a federal law enacted back in 1938 provides a loophole for employers to pay less than minimum wage to people with a disability.

1938 was a time when individuals with developmental differences were institutionalized, did not have access to effective early intervention or community-based services, and the expectations of abilities were extremely low.

While Section 14(c) was intended to encourage employers to hire people with disabilities, it is actually discriminatory by allowing employers to pay less than the federal minimum wage.

This ancient policy rests on the assertion that people with a disability cannot progress.

Through evidence-based early interventions and significant investments into special education, we have seen the outcomes and progress made possible.

It is time to shift, not just the narrative, but policies as well.

Disability Hiring Is not a Charitable Act

Disability hiring and employment is not a charity case. There is an entire untapped pipeline of highly qualified and loyal prospective employees who are overlooked, unemployed, underemployed and underpaid simply because they think, act, communicate or move differently.

Unicorn Children’s Foundation wants this discriminatory practice changed, and we are leading the charge to make the change happen now.

Supporters of 14(c) have argued that these special accommodations to employers promote an open-market of hiring people with disabilities, but that’s not true.

In actuality, fewer than 5% of participants working in 14(c) programs ever enter into competitive employment or ever earn fair wages.

With the evolution of disability rights laws, it’s time that this archaic act be reversed to empower people with disabilities to achieve economic self-sufficiency, inclusion, independence and integration in all aspects of community life.

The last time this 84-year-old act was challenged was in 2013, and the U.S. Congress failed to do more than introduce the bill with no discussion or action.

However, some states have done the right thing. Sub-minimum wages for people with disabilities have been eliminated in Alaska, Maine, Maryland, New Hampshire, Oregon, Washington, Hawaii, Colorado, California and Delaware. Unicorn Children’s Foundation is working to make sure Florida is next.

We urge our state legislators to close this loophole and demand that employers pay fair wages for fair work.

In addition to policy work, another way our organization is responding to this disturbing practice is by expanding our Career & Entrepreneurship Program, which assesses people’s skills and interests and allows them to explore careers that match their strengths.

In addition, our organization educates businesses on the advantages of hiring people with disabilities and how they can help set the stage for a successful match.

For more information on Unicorn Children’s Foundation’s cradle to career programs and our fight for fair wages for people with disabilities, visit unicornchildrensfoundation.org or call us at 561-620-9377.

Sharon Alexander is a board member of the Florida Association of People Supporting Employment First. APSE is the only national membership organization focusing exclusively on inclusive employment and career advancement opportunities for individuals with disabilities.