Can Autistics Be More Self-Sufficient than Neurotypicals? 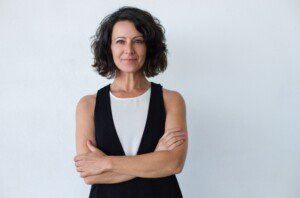 Can an autistic individual actually be more self-sufficient and independent than a well-grounded neurotypical person?

I am officially diagnosed with Autism Spectrum Disorder – as of spring of 2022, making this a “late” diagnosis.

Many neurotypicals (percentage unknown) believe that a diagnosis of autism means that the person needs some kind of support services or ongoing or frequent help from family members in terms of “adulting” or living independently.

Now, you might be thinking that some neurotypicals (NTs) from time to time need help, too.

Fact is, many people in the general population need some level of support sooner or later, if you want to get nitpicky about this.

For instance, an NT woman hires a handyman to do a variety of projects around her house. She can’t figure out how to install a window fan or patch up some drywall to save her life.

This same handyman can’t even sew a button back on his shirt and can barely figure out how to boil an egg.

But those kinds of issues are not what this article is about.

The focus here is on overall self-sufficiency or adulting in the tasks of daily living. I want this article to serve as hope to people whose child was just diagnosed with Level 1 ASD.

Level 1 is usually defined as having a need for “minimal support.” This descriptor creates the illusion that ALL children who are diagnosed with ASD-1 will always need some kind of support system in place for the rest of their adult life, even if they seem to get through the school day fine – save for reporting some bullying or social exclusion.

Though we shouldn’t assume that someone with Level 2 ASD can’t live fully independently, I’m going to confine this article to Level 1 because that’s what I have – and I’ve been living entirely on my own, without any utilization of social services assistance, since 22.

My mother once told me to put as much information on a check as possible (and I do to this day!).

I’ve gotten advice on how to buy a car. My parents gave lots of “life advice” to all six of their kids.

My oldest NT sister was warned by our mother not to put her expensive jewelry in her big bulky jewelry box in her new apartment while in college because it would draw a burglar like a light attracts moths.

She was advised to put the jewelry (not loose, but in each item’s little box) in a drug store bag — which a burglar would surely ignore. My sister thought this suggestion was ridiculous.

My autistic mind — so geared towards logic and practicality — thought it was ingenious. I was around 15 at the time.

A few months later while my sister was out for the night, her place was robbed; the big bulky jewelry box was gone.

Another time, my father advised her to use a heavy-duty lock for her new 10-speed bike. I concurred. She brushed this off and used a cheap simple lock. The bike was soon stolen, leaving her in tears.

My point with these examples is that autistics do NOT have a monopoly on decisions that lead to mishaps, and many people who “struggle” through life are, in fact, neurotypical.

In fact, I consider myself much more self-sufficient than are most neurotypicals!

I’ve read about people who struggle with money management, yet there’s no mention that they’re autistic. Thus, I assume that these adults are neurotypical.

There are NTs, without any physical disabilities, who don’t like living alone and must always have a roommate.

There are many NTs who simply cannot hold a job, or who “couch surf.”

In other words, neurotypical doesn’t always = fully independent and having it all together when it comes to self-sufficiency.

However, “living independently” doesn’t mean that these particular Autists don’t have issues that are related to their neurodiversity!

Yes, I have issues. But these issues don’t prevent me from being very self-sufficient. Neurotypicals can have “issues,” as well.

If an autistic person told you she has to take Valium in order to relax on a plane flight, you might think this is because of her autism. But many Valium users are neurotypical.

Off to College out of State at Age 17

I moved out of state to live in a college dormitory at age 17 and had no problems adjusting to this mammoth change. This seems “anti-autistic.”

But there were NTs who struggled with adjusting to college life.

It’s no secret that many people drop out of college, unable to handle the pressure. Or, they remain in college but develop mental health issues. We can’t assume all of these young adults are autistic.

While NTs were getting drunk at my dorm, totally “plastered” on weekend nights, I remained liquor-free, drug-free and smoke-free and was 100 percent resistant to getting sucked into a religious cult (I saw the recruiters on campus all the time).

One of autism’s superpowers is a high resistance to being brainwashed or submitting to peer pressure.

When I was only 16, I actually gave my 18-year-old other sister a little lecture about how to avoid getting recruited by a religious cult when she went off to college for the first time.

The exceptional resistance to being easily swayed by the opinions of others also means that the autistic adult is very likely less apt to take a ride from a stranger who offers it, while NTs have been engaging in this dangerous decision for decades, often paying with their lives.

This isn’t to say that my autism didn’t bring out problems during college life. It did.

I was the oddball on the floor who didn’t know how to “do” eye contact correctly when I was approaching someone on the way to or from the elevator (I had an end unit), whom I had already met and interacted with previously.

I also didn’t know when to greet them. Do I wait for them to greet first? How do you know when to say something? Is it determined by distance between us or some clue in their body language?

To avoid these hassles I sometimes used the staircase which was right by my unit – all seven flights including UP.

In college I never made any true friends, though there were many students whom I socialized with – but not a single emotional bond.

I moved out of my parents’ house at 22 and have been 100 percent self-sufficient since.

If I lost a job, I was always resourceful and quickly found another. I’ve been fired from several jobs, and issues with coworkers have been a mainstay throughout my life. In general I just could never fit in, no matter what the job.

One might say that issues with coworkers would constitute lack of self-sufficiency, but ultimately, I became successful with a homebased editorial business, and then eventually became a successful content creator.

I never needed assistance with money management. Though I’ve had low paying jobs, I still knew how to stick to a budget and delay gratification.

Meanwhile, my neurotypical brother has made disastrous financial and career decisions throughout his life.

I’ve never been an impulsive shopper or addicted to those home-shopping jewelry channels like so many neurotypicals are.

How do we measure self-sufficiency?

One might argue that some autistic people, who seem very independent, have simply figured out a way to transact their challenges, creating the illusion that they’re as self-sufficient as the next neurotypical.

For example, the autistic person, who becomes overwhelmed by crowds, noise and store lights, has solved this problem by shopping on Amazon and using Instacart.

Nevertheless, how can an autistic be more self-sufficient than the average NT?

NTs are the vast majority. If the average salary is $31,000/year, and an autistic is earning $75,000, then in that respect, the autistic is more self-sufficient.

Let’s say the average person has savings to keep them afloat for three months should they lose their job.

Let’s say our Autist can go six months without income. They’re more self-sufficient in that respect, too.

They also might be a superb cook who, due to inflexible thinking and a preference for routine, never forgets to replace the batteries in the smoke detectors before they begin wearing out, and always pays bills on time.

About 45 percent of Americans are obese, and most people (i.e., NTs) don’t work out regularly.

An autistic person may be at a healthy weight, is strong and fast from workouts, doesn’t smoke and doesn’t drink. They are more self-sufficient in that aspect than the majority (NTs).

When enough of these vital aspects are checked, then perhaps the autistic person can claim that they’re doing better than the average neurotypical, or most, for that matter.

I’ve been in plenty of situations that would’ve completely intimidated or harrowed most neurotypicals. I don’t jump scare. I remain calm in the face of crisis, like a Vulcan.

One time as I was approaching a busy intersection I saw a car fish-tailing. I intuitively knew that I had better get my car up on the sidewalk to avoid a collision.

In a near-instant after seeing that the sidewalk was clear, my car had completely jumped the curb and I turned it off. The fish-tailing car had ended up where my car had been!

I was calm, cool and collected as I exited my car to check it for any damage.

I’ve had to deal with squirrely contractors. I’m an Alpha woman who lets these guys know who’s in charge. I’m not afraid of looking a man in the eye and asserting dominance in a situation.

I have to believe that some of my independence is actually from my autism, being that I don’t get caught up with impressing people, caving to trends, adhering to social customs, “acting like a lady,” and subscribing to the submissive role that many people today still believe women should do — and in addition, I have superb attention to detail, am straightforward and blunt, and am not easily swayed by the opinions of others.

There’s an abundance of content, authored by autistics, about their struggles in everyday life – and I don’t mean, “What do I do with my eyes?” or, “Am I supposed to smile now?” but rather, true, real struggles.

Perhaps this creates the illusion that fewer autistics than what actually exist are very independent and even more self-supporting than most neurotypicals.