This Dad Empowers His Autistic Children Instead of Coddles 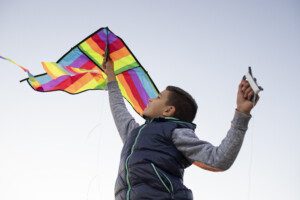 These parents of two autistic boys believe in giving them the tools to manage a neurotypical world instead of teaching them that the world owes accommodations.

Having two boys who are autistic has been challenging, to say the least.

Throughout their short lives, we have been inundated with a million tactics and resources to help combat their diagnosis.

We have and continue to use many of those things to help both of them maximize their potential.

However, one of the most important things my wife and myself do is teach our boys that the world will not adjust for them.

Therefore, they must learn how to navigate the waters of the real world and not expect others to make accommodations for them.

I have seen many parents of autistic children do the opposite and not teach their children how to adjust to the real world.

They then get mad at the people around them for not catering to their children.

The world is not fair, nor will it ever be. When we teach our young men to make adjustments, we show them how to retain their power and become successful no matter the conditions.

I believe not allowing autism to be used as a crutch or an excuse has empowered our children to heights they would not have achieved otherwise.

Our children are learning how to function in this world while still using the coping strategies they have learned and other resources such as a chewy.

Integrating and marrying both coping mechanisms and the understanding that they must adjust to their outside world has equaled a beautiful equation for our family.

This is not to say it was easy or still is, but it is to say this was a necessary move for our family.

Autism does not define our children. Instead, it is just a part of who they are.

For example, my youngest would cry for four hours straight. Moreover, during these epic meltdowns, he would hit himself, scratch his face and even throw objects out of anger.

My wife and I had no clue how to help him. We were at our wit’s end when an autism specialist visited our home and gave us an action step, which is why he is where he is today.

That specialist told us that when he had these outrageous fits, to turn our backs and completely ignore the crying and screaming.

I will not lie and say this feat was easy. As parents, we want to fix our child’s problems, and on a sanity level, this was equally challenging.

However, we saw a dramatic change in our son’s temperament over the next year.

The tantrums slowly and steadily shortened. He still has his moments, but they are much more controllable.

Recently, our youngest had a meltdown over sticks he had gathered from our backyard.

We decided to do a bond fire in our backyard to make smores and used those sticks he had gathered to help with the fire.

As he realized we had used them, he reverted to having a meltdown. He began to scream, cry and start hitting himself.

At first, my wife went to console him. I stopped her and then turned to my son and explained that the yard was full of sticks he could use to make another pile.

Instructing my son to go and get more, I refused to allow him to dictate our evening over a few sticks.

I then made the family ignore his rants as he collected new branches, and we continued having a good time around the fire.

Ultimately, he calmed down, realized that he was making a big deal out of a small thing, and rejoined the family.

Those tree branches were essential at the moment, and it took him a few minutes to process what had happened. Moreover, he was surrounded by sticks and could get more.

Over the years, it has been one of my aims to help him process moments like these and to work on calming himself down instead of feeling like we as parents must somehow magically fix the situation.

We could have easily allowed his feeling to dictate our evening. We could have apologized over and over for using his sticks.

Instead, we stood firm in our decision and refused to allow his funky attitude to affect our actions.

There will be a day that we will no longer be able to help them, fight for them or stand by them.

At that moment, we want them to move forward with excellence, integrity and the firm belief that they are ready to face whatever the world throws at them. Therefore, we prepare them today for tomorrow’s journey.

In the Army, we had a saying: Prior, Planning, Prevents, Piss, Poor, Performance. Through being intentional with our prior planning and preparation, we believe both of our sons will be successful in their future endeavors.

Teaching them that they must make the adjustments and not expect the world around them to cater to their needs will undoubtedly help them achieve their dreams.

One of the strategies we use to teach them to make personal adjustments is leveraging their dreams.

For our boys, it is essential for them to feel that their goals are attainable.

Therefore we use that job, relationship or activity that they seek and have them focus on what they need to achieve that.

For example, one of my sons wants to be a meteorologist. For this to happen, our son must be able to read, write, study and have a vast knowledge of our atmosphere.

An excellent example of how we use his dreams not to coddle him is by forcing him to learn the correct labels for clouds and other weather-related material.

Our eleven-year-old was nonverbal until eight. Taylen still struggles to articulate and say age-appropriate words. 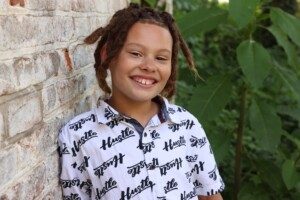 So as he reads his weather books and struggles with a word, we make him google the word. We then have him write the definition of that word.

He wants to be a weatherman so badly. Therefore, I know we must push him in his weak areas.

He does not like doing this extra work, and pronouncing these words is very difficult. He often tries to shut down in those moments, but we leverage his dream.

Though he doesn’t want to face the challenge, he does because he wants to be a weatherman.

Knowing the skills he must have allows him to focus on those skills and be intentional with his approach to his goals.

We do not coddle our children mainly because this world will not either. Instead, we give them a realistic view of what to expect and how to navigate the world around them.

Another thing we have done over the years is placing our boys in a setting with other children who do not have special needs.

For example, our youngest, Elisha, desired to play soccer. Therefore, we signed him up with a team that had age-appropriate children, and he was the only kid on the team with special needs.

I did this so he could learn to function in typical settings. Did he have meltdowns during the season? Yes, but they were not often, and he learned to get over them quickly.

Taylen, our eleven-year-old, loves sweets. Instead of just baking him cake, brownies and pies, we decided he would have to learn to bake on his own.

Every time he has a sweet tooth, he must get his apron on and go bake what he wants.

Initially, he was reluctant, and it challenged him in many ways. Not only did he have to learn to read instructions, but he also had to use his fingers more and deal with getting messy.

Today, he loves to bake, and he has become an excellent baker. He produces some of the best cakes and brownies I have ever had.

He accomplished all this due to us not allowing him to be coddled and forcing him to learn how to be independent.

For parents with children who struggle with autism or any other diagnosis, I urge you not to consider them disabled.

With consistent work, practice and practical application, they are more than able to have a meaningful life and do amazing things.

As parents, it is our job to develop them into the legends they are meant to be.