Inner Thigh Muscles So Tight It Hurts to Get into a Car? 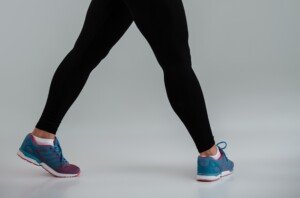 Has your “side split” become so narrow that it hurts to get into a car due to the upper leg positioning? I solved this problem in five days.

I can’t tell you for sure why my side split ability (sitting on the floor with straight legs out in a “V”) became so poor before I even realized it.

Presumably it was due to a combination of neglecting my regular stretching routine and a few overworked muscles from running.

Then one day I realized it hurt between my upper inner thighs when getting into a car.

This action requires the inner thigh muscles to stretch. When I got into a car, I felt an over-stretching of these muscles, as though being forced to sit in a “V” that was too wide for my abilities.

So I returned to my stretching routine of sitting on the floor in as far a “V” as possible, and just working it, holding it in that position for several minutes.

Neither technique made a difference!

I then decided to do side split stretching from a standing position. With one foot against a wall for support, I positioned my legs in a “V,” just far enough apart to generate the feeling of a slight stretch.

I leaned over enough to place my hands on the floor. After about 30 seconds I went out farther, counting another 30 seconds.

BOTH hands should be on the floor. If you can’t reach then try to touch your fists down. If you still can’t, you can rest your forearms on a chair. Head does not have to be turned. Freepik.com/yanalya

I then want out farther for another half-minute, and then a fourth round: the farthest I could possibly go out just short of reaching the point where the pull would have caused severe discomfort.

I did this only once a day. After the second day I began feeling a slightly increased looseness in my inner thigh muscles.

Every day for the next three days I did this, and on that fifth day, finally got into my car – and everything felt wonderful! I hadn’t felt that loose in such a long time!

• Oddly, when performing a side split position while standing, torso leaned over so that my hands are on the floor, the degree of spread is noticeably greater than when doing this while seated on the floor, no matter how hard I “push” when on the floor.

• When you work on your side splits in a standing position, one foot absolutely must be secure against a wall, to help prevent accidentally slipping down.

• You’ll need to do this on a carpeted floor to prevent sliding. If you don’t have carpet, then wear sneakers with good traction. In other words, never do this in only socks on a wood floor.

• I discovered that the space in a hallway, between a wall and the bottom of my washer in the laundry room across from that wall, is far enough to induce a stretch – though it’s not my maximum stretch.

On the fifth day I added this second set to my original routine of having one foot against a baseboard and the other not against anything, but on carpet.

• However, while doing this second set, with both feet secured against something, I also had my forearms flat on a chair in front of me, the chair’s back against a wall for added security.

Though I’m NOWHERE NEAR being able to do complete side splits after only five days, I can honestly declare that five days of doing this, after weeks and weeks of painful tightness, has cured the problem of getting into a car, as well as any other activity that caused pain because my very tight inner thighs were being stretched, such as sitting on a low stool to do some wall painting.