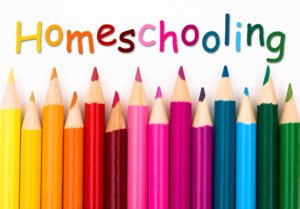 This article deals specifically with home schooling as a possible solution to bullying, since some parents of bullied children are at their wit’s end.

There are lots of online articles about the pros and cons of home schooling, but what about specifically for removing a child from an environment of bullying?

I first want to point out that this article isn’t about home schooling a child to prevent bullying that never happened.

When parents are asked why they home school their children, they may name “so that they don’t get bullied in the classroom” as one of the reasons, even though their kids have never even set foot inside a “regular” school.

But what about “yanking” a child out of a traditional setting and into the home school environment to escape from actual bullies? 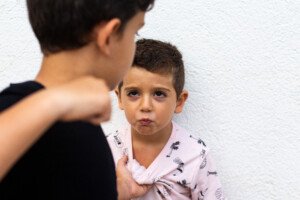 “While the first instinct is to remove the child from a negative environment for instant relief, the long term view needs to be the real focus,” begins Janet Lehman, MSW, co-creator of The Total Transformation Program; social worker who’s been a case manager, therapist and program director for 25+ years in traditional residential care and group homes for troubled children.

She explains that if the decision to home school is primarily fueled by educational reasons, it can be great.

I wonder if my niece, who at age 7 was reading at tenth grade level (I witnessed this), would have acquired this skill had she been in a traditional academic setting.

Lehman points out that kids (including victims of bullies) need to have “plenty of opportunity to interact with peers to develop a skill set to deal with troublesome personalities.

“The desire to swoop in and fix things can backfire if the message that your child is getting is that he is incapable of solving his own problems.”

She urges parents to balance the academic reasons for home schooling with the social ones, before making a decision.

Lifelong Scars from Being Bullied at School

I have read many online bully topic threads as research for my series of articles about bullying.

One of the things that kept coming up is how tainted and ruined kids turn out to be, from years of bullying, by the time they graduate from high school.

One man posted that as a result of the bullying he was “internally unstable.” Another woman posted that she was afraid of interacting with people and had few friends.

Many adult former-bully-victims make similar posts: that years of being targeted turned them into bundles of nerves fearful and skittish in a dog-eat-dog world, afraid to do things as simple as informing a restaurant server that their steak is undercooked.

So it may seem that home schooling a bullied child is a sure-fire solution, to preserve internal stability and minimize all the social impairment that can result by the time they’re 18.

After all, social rejection can leave a hefty mark that can’t be cured with a pill.

But what Lehman emphasizes is that bullying at school needs to be remedied, rather than hastily taking the victim out of the system.

The victim needs to learn effective coping skills, says Lehman. This can’t happen in a home school environment, she adds.

Yes, there are victims who never learn effective coping skills. We’ve all heard horror stories in which the parents don’t care, are too afraid to get involved, and/or the school does absolutely nothing.

But Lehman stands by her assertion that “a ‘re-do’ in a home school environment” will not act as a “magical game changer.”

Early intervention in the traditional academic environment is crucial to provide the victim skills to change the bully-victim dynamic so that the victim does NOT grow up to be internally unstable or crippled in social settings.

Lehman speaks from experience. Her son, Jeremy, was bullied in junior and senior high school.

She says, “It was very tempting to try to pull him and switch academic settings but we struggled through it.

“He had some very tough days but eventually learned to deal with some very unpleasant people and to find a group that was supportive and accepting of him.”

Jeremy is now a productive, thriving adult who embraces new people and cultures overseas where he resides.

“If we had tethered him at home, he may have never become the person he is now,” says Lehman.

What about victims who, because they remain in the traditional school system, eventually snap and become violent?

Lehman says, “My advice is to have the child identify the behavior and share this with authorities when appropriate and continually touch base with supportive adults to give regular feedback on how it is going.”

What if a child is too afraid to be this proactive?

On the other hand, if a parent wants to home school a child to escape from bullying by classmates, then the parent is already very aware of the problem, and is in a position to begin working on the solutions that Lehman supports.

“Since my counsel involves interventions like alerting authorities and working on coping skills, my intent and approach is to avoid the example where the child is so overwhelmed and stressed that they lash out [e.g., shoots classmates].”

Lehman believes in role-playing by script and repeatedly rehearsing it so that a victim has “appropriate strategies to use when he is facing the aggressor.”

Lehman is concerned that homeschooling a child to escape bullies may have “unintended consequences like impaired problem solving skills and over-reliance on others.”