Symptoms of Heart Disease in Men Different from Women 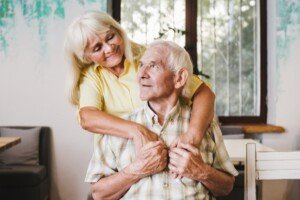 Heart disease, not heart attack, is what we’re talking about here, and the symptoms of the disease itself in women are quite different than in men, says Momina Mastoor, MD, a board certified cardiologist with WellSpan Medical Group in Gettysburg, PA.

It’s important to know that a heart attack can cause any number of its symptoms in either a man or a woman.

In coronary artery disease (commonly referred to as “heart disease”), the arteries are blocked or clogged with fatty deposits.

This reduces the inner diameter of the blood vessel, which reduces blood flow throughout the heart and body. 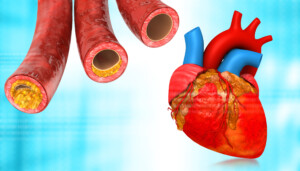 This situation, even in the absence of a heart attack, can cause symptoms.

Overall, they differ between men and women the same way as they do with a heart attack – except the degree of severity of these signs is less in the case of clogged arteries.

It’s one thing to feel a little bushed after an all-day hike, but it’s a whole new – and suspicious – animal when a woman feels she’s been hiking steadily uphill when all she’s done is some laundry, ironing and vacuuming.

Maybe she’s always been out of shape, but unexplained deterioration in energy levels over a relatively short period of time is suspicious for a disease process.

This would be especially true if there are unexplained episodes of feeling lightheaded or nauseous.

“Men will have pain or pressure compared to an elephant sitting on their chest, with pain in the arm, shoulder, back or jaw,” says Dr. Mastoor.

“Women may have sudden symptoms of fatigue, anxiety, lightheadedness, shortness of breath.”

Why does this happen?

Because the diameter of the coronary arteries is reduced due to plaque buildup, not enough blood is being circulated in the heart or throughout the body.

This causes increased respiration and makes the body feel as though it’s exercising when the woman is simply walking on the job or even seated.

“Women can also experience upper back, shoulder or throat pain and rapid or irregular heartbeat.

In both men and women, the fatty deposits in the coronary arteries may continue to keep building up, shrinking the internal diameter, making symptoms more severe and/or more frequent.

There may come a point at which the growing plaque completely obstructs (occludes) a section of the blood vessel, resulting in a heart attack.

Or, a piece of the plaque (the soft unstable kind) may break off, triggering a clotting effect at the point of breakage – completely obstructing that area and causing a heart attack.

Heart disease is the No. 1 killer of BOTH men and women, far surpassing prostate, breast, cervical and colon cancer deaths combined.

Any concerning symptoms should be brought to the attention of a cardiologist.