Does Celiac Gene but No Disease Mean You Can’t Eat Gluten? 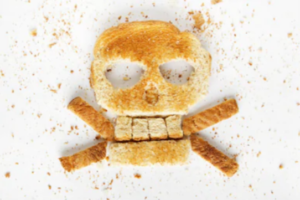 If you have the celiac gene but not the disease, should you eliminate gluten?

The short answer is: No.

Even if celiac disease only develops in people who have the genes for it, having the genes only, indicates a predisposition, nothing more; in fact, 95% of those who have such genes will never become celiac,” says Stefano Guandalini, MD, Founder and Medical Director, The University of Chicago Celiac Disease Center.

Dr. Guandalini adds, “Thus, having the genes only, does not mean you must eat gluten-free.”

I wondered, then, about a person whose blood test for celiac disease is negative, he’s symptom-free, but a stool sample shows elevated gliadin antibodies. (Gliadin is a component of gluten.) At that point, should he eliminate gluten?

Dr. Guandalini comments, “No. So far, all forms of testing in the stools carry absolutely no weight in screening or, even less so, diagnosing celiac disease or gluten sensitivity.

“Relying on such tests is to be avoided. Treatment (the gluten-free diet) should only be started after the diagnosis has been conclusively reached, typically on the basis of positive antibody blood tests and a consistent biopsy of the small intestine.”

According to the University of Chicago Celiac Disease Center: If you have a gene associated with celiac disease and are having symptoms, you should have the antibody blood tests to screen for the disease immediately.

If you have the gene and are a first-degree relative of a biopsy‐diagnosed celiac, you should be screened every 2‐3 years or immediately if you have symptoms.

If the blood test is negative and you’re not having symptoms, but you have the genetic predisposition for celiac disease, at that stage of the game, you can definitely continue eating gluten.

A definitive diagnosis comes with an intestinal endoscopy, not a stool sample or even the blood test.

Symptoms of celiac disease include digestive issues, fatigue, weight loss, muscle cramps, aching joints, skin rashes, brittle bones and depression, to name just a few of the wide range of symptoms possible. Most people with active celiac disease, however, do not have symptoms.