Can You Have Celiac Disease without Symptoms? 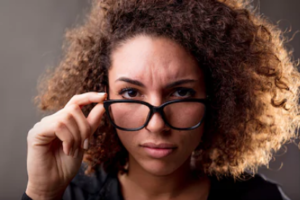 You can have celiac disease and not even know it; that’s because half of people with this autoimmune disorder don’t have any symptoms.

So how do they learn they have it?

Usually it’s because they get tested because an immediate family member–who has symptoms–is diagnosed with it.

The Commonality of Celiac Disease

Celiac disease is more common than most people think, and most don’t have symptoms, says Stefano Guandalini, MD, Founder and Medical Director, The University of Chicago Celiac Disease Center.

The condition is more common than many doctors believe, which is why it takes an average of nine years for this autoimmune disorder to finally be diagnosed in an ailing patient. 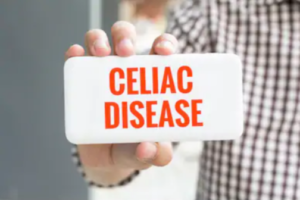 Can you have active celiac disease yet no symptoms?

Dr. Guandalini explains, “Yes, in fact, the majority of people with celiac disease have no symptoms at all.” So what brings these individuals to the diagnostics stage if they don’t have symptoms?

Perhaps a first-degree relative has CD and they decided to get tested.

Another way a person, without symptoms, can discover he has celiac disease is if he learns he has the gene/s for the disorder, and decides to get a blood test for CD – which turns up positive for tissue transglutaminase antibodies. The positive blood test then leads to a small-intestine biopsy.

Dr. Guandalini continues, “Even though they have no symptoms, when the disease is active it is doing the same harm internally.

“Ultimately, research has shown that celiac disease left untreated … with or without symptoms … can not only lead to serious complications, but it most definitely leads to a shorter life span.”

The University of Chicago Celiac Disease Center states: There are more than 200 signs and symptoms of celiac disease, yet a significant percentage of people with celiac disease have no symptoms at all.

The undamaged part of their small intestine is able to absorb enough nutrients to prevent symptoms.

However, people without symptoms are still at risk for some of the complications of celiac disease.

“These antibodies are: the anti-tissue transglutaminase (tTG); the anti-endomysium (EMA); and the anti-deamidated gliadin peptides (DGP).”

“A positive antibody test suggests that a person might be celiac, but it is not a conclusive test; a biopsy will be needed to confirm the diagnosis.

“The blood test is, in other words, a quite accurate” first step. If the test is positive, your doctor should know what steps to take next.

Symptoms of celiac disease (remember, not all patients have even ONE of these)…

The disorder, left untreated, raises the risk of bowel cancer, and can cause neurological problems. Treatment is eliminating gluten 100 percent, for life.

Kids and even babies can develop CD, and it can manifest itself by stunting their growth.

The most common symptom of celiac disease in adults is iron deficiency (anemia) that does not respond to therapy.