Women Who Sleep Poorly and the Risk for Heart Attack 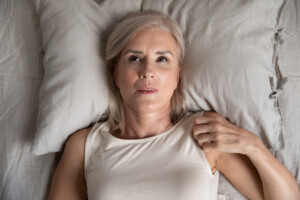 If you’re a woman who struggles with poor sleep or insomnia, this may mean you’re at high risk for a heart attack.

Like difficulty breathing, chest pain and nausea, insomnia can be a sign that a heart attack is near.

“As the body is oxygen starved, the heart rate, blood pressure and respiratory rate may increase, leading to difficulty sleeping and insomnia,” says Suzanne Steinbaum, MD, a New York cardiologist for 20+ years and founder of SRS heart — a groundbreaking program for womens’ holistic health prevention.

The body is oxygen starved because of the severe blockages in the coronary arteries.

Not as much oxygen-carrying blood is being circulated throughout the body because the pathways through which blood cells travel are extremely narrowed, due to plaque buildup. 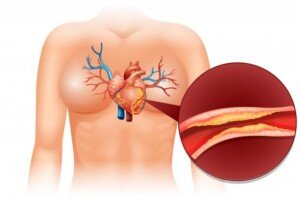 These changes can keep a woman awake or prevent sound sleep once she falls asleep.

A woman can also have insomnia independent of an imminent heart attack, even though her coronary arteries are dangerously blocked (occluded).

And of course, a woman may have a perfectly healthy ticker, but suffer from a sleep disorder due to either another unrelated medical condition or emotional stress.

Dr. Steinbaum adds, “Once a severe occlusion is corrected by a stent, oftentimes one of the first things to improve is sound sleep.”

In addition to an imminent heart attack, insomnia can also be caused by a potentially fatal condition called obstructive sleep apnea — which can occur in non-overweight women.

OSA can cause severe cardiovascular disease, which of course can then cause a serious cardiac event.

Other causes of difficulty sleeping include:

-Medication side effects (e.g., for depression, blood pressure, pain, nasal congestion, weight loss, and antihistamines – the latter causing one to awaken to urinate)

-Change in schedule or work environment

-“Learned insomnia,” which is when a person worries so much about not getting enough sleep that she fails to fall asleep or sleep soundly throughout the night

So if you’re a woman suffering from insomnia, you need not jump to the conclusion that a heart attack is imminent.

However, you should see a cardiologist to undergo coronary artery disease screening.

You may also want to consider seeing a sleep disorder specialist if modifications don’t improve your quality of sleep.

Modifications include reducing caffeine intake, eliminating eating close to bedtime, de-stressing before bedtime, getting any acid reflux under control and limiting fluid intake within several hours of bedtime to reduce frequent urination overnight.

Dr. Steinbaum has been awarded a New York Times Super Doctor, a Castle and Connolly Top Doctor for Cardiovascular Disease, and New York Magazine’s prestigious Best Doctors in the New York edition. She is on the NYC Board of the American Heart Association.