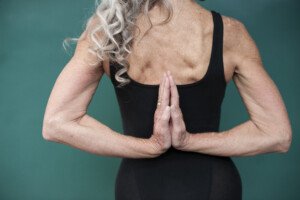 A fast resting pulse rate in postmenopausal women is correlated to a higher risk of heart attacks and coronary deaths.

But should you allow this study’s unexpected results to scare you into worrying about your heart simply because you’re past menopause and have a fast resting pulse?

What’s startling is that, according to this research, resting pulse rate in the women was able to predict coronary events (heart attack, coronary death) independent of common risk factors for heart attacks, and also independent of the level of physical activity.

For this study (appearing on the British Medical Journal website, 129,135 postmenopausal women were followed.

None of the women had a history of any heart problems. Resting pulse rate can be affected by certain things, such as high cholesterol, high blood pressure, drinking and smoking.

So at the beginning of the study, these items were taken into consideration.

For an average of 7.8 years, the postmenopausal subjects were monitored, and this tracking included any hospital stays that occurred as well as all coronary events.

Additional analysis revealed that this correlation (coronary event, not fast pulse) was not influenced by physical activity, or whether or not the subjects had diabetes.

However, the correlation was more pronounced in women who were 50 to 64, than in subjects over age 65. There was no correlation between resting pulse and stroke, however.

Is fast resting pulse as strong a predictor of heart attacks in women, as are smoking and diabetes? No.

But the researchers believe that the association is strong enough to have clinical significance.

“While this may be true in that there is some association, I would not advise my patients to excessively worry about their resting heart rate,” says Sendhil Krishnan, MD, a board-certified adult general cardiologist with advanced subspecialty training in interventional cardiology.

“Just being anxious and worrying about something can, in fact, lead to a higher baseline heart rate.

“It was also noted that during this study that physical activity was inversely related to a resting heart rate.

“This is a well-known phenomenon: People who are physically fit and more conditioned tend to have lower heart rates (athletes for example can have resting heart rates 10-20 beats slower than the general population).”

Though the study found that physical activity was not associated with the cardiac events, keep in mind that the faster heart rate WAS.

The study did not specifically explore postmenopausal athletes who had fast resting pulses to see if they had a higher rate of heart attacks.

“Another important thing to realize is that patients who were on medications that can slow the heart rates (beta blockers or digoxin, etc.) were excluded from this trial,” says Dr. Krishnan.

“This information would’ve been helpful because it could suggest that patients with a faster heart rate may be put on a beta blocker just to slow the pulse down. However, we do not have this data to suggest doing this at this time.

“My recommendation for any patient is to continue to do all things necessary to be cardiovascularly fit which includes proper health, exercise, not smoking, maintaining proper cholesterol levels and controlling blood pressure.

“It’s also important to realize that a fast heart rate may be secondary to other arrhythmic conditions such as atrial fibrillation which can cause intermittent episodes of tachycardia [rapid heart rate].

“Patients should be screened with at least an EKG or even wear a portable event monitor to catch any arrhythmic events.”

The Questions this Study Begs

#1) What about a study of premenopausal women, resting pulse and heart attacks? That will span a longer period of time, but is worth it.

#2) And what about the cause of the fast resting pulse?

Wouldn’t there be a difference in association with heart attacks, if the fast resting pulse is caused by persistent anxiety in an otherwise healthy super-fit, postmenopausal woman, versus a disease process ?