Some Sporadic ALS May Be Caused by Genetics 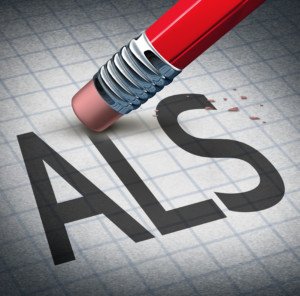 Just how much of the sporadic ALS population actually has the familial form of this disease is still up for grabs.

But more sporadic cases have a genetic component than may have been previously realized by researchers.

“You can’t tell familial ALS from sporadic ALS by the symptoms or how the disease develops,” says Summer Gibson, MD, in a new report in the online Neurology.

“But it is also complicated to determine whether a person has inherited the genes for the disease,” continues Dr. Gibson of the University of Utah School of Medicine.

“In some families people may die of other causes before ALS develops,” continues Dr. Gibson’s report. She also points out that misdiagnosis can skewer data.

Here’s another key point in the report: People these days are having smaller families, and it’s possible that with more small families, there’s less of an opportunity for an ALS gene to be inherited.

In other words, a couple who stops at two kids may have produced a child with an inherited form of ALS had they continued having children.

And maybe the carrier – say, the father, ends up dying from cancer years before he was destined to develop the first sign of ALS.

The Study for Genetic ALS
• 87 people with ALS who had no known family history underwent genetic screenings.

• 33 genes that are linked to ALS were focused upon.

• Some genes are more common in those with ALS though they do not increase the risk of getting the disease.

• Genes from the ALS subjects were compared to genes of healthy people.

Conclusion
People with ALS were ab out twice as likely to have a gene variant linked to this disease when compared to healthy subjects.

Patients with ALS were more than four times likely to have rare and possibly harmful gene variants than healthy subjects.

But these genes may or may not have been inherited; they may be mutations with no known cause.

Needless to say, much more research is needed to uncover possible non-genetic or non-familial causes of ALS.