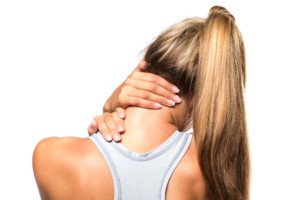 Did you know that the symptoms of an impinged neck nerve can masquerade as carpal tunnel syndrome?

A doctor might get fooled by this. This happened to my mother.

The doctor who misdiagnosed my mother’s carpal tunnel syndrome for nerve entrapment or impingement in the neck, was an ER doctor whose work badge said “toxicology” on it.

The doctor asked my mother to describe her symptoms, then touched her in various places along the hand and arm, asking what she felt, if she felt it, etc.

The doctor felt around her neck and discovered an extra sensitive spot. My mother told him she had difficulty turning her head leftward.

After gathering information from her as far as numbness, tingling, pain, etc., the doctor said he suspected a pinched or impinged nerve in the neck.

However, only an MRI would supposedly confirm that, so he ordered an MRI.

A few hours later the doctor returned with the MRI report and said, “It was what I suspected; you have nerve impingement in the neck.”

Interestingly, the doctor said he himself had the same problem.

The doctor appeared to be around 40 and explained he, too, had neck nerve impingement, and described his symptoms, which were identical to my mother’s, but not as extensive as hers:

1) Awakening in middle of the night with arm pain

2) Experiencing numbness in the second and third fingers, and

So when he said she had neck nerve impingement, we didn’t question this diagnosis, even though we were well aware of the idea of carpal tunnel syndrome.

I might add that my mother’s carpal tunnel syndrome was in both hands simultaneously.

The doctor said that a neck nerve impingement could explain why her symptoms were in both hands/arms.

The MRI report revealed narrowing of the spinal canal through which the spinal cord extends; a few bulging disks; degeneration due to age; and some arthritis.

The doctor said the next step was to make an appointment with a neurosurgeon and take it from there.

He said this didn’t necessarily mean she needed surgery; other treatment options were possible, and he himself had seen a neurosurgeon three times and had never been “cut into.”

My mother got an appointment for next week, but in the meantime, was able to get a sooner appointment with a neurologist to have an EMG test done.

His secondary diagnosis was carpal tunnel, and he said that her symptoms were not consistent with those of neck nerve impingement!

He said the EMG test would be the only way to tell for sure if the problem was pronator teres syndrome or carpal tunnel syndrome.

Next day was the EMG test: “It’s carpal tunnel,” said the neurologist early into the testing. 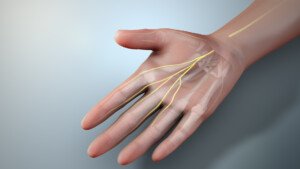 Not only did the EMG test confirm carpal tunnel syndrome, but the EMG test ruled out any pinched nerve in the neck, since the neurologist attached recording electrodes to my mother’s neck.

If you’re having troubling symptoms (numbness, tingling, weakness, pain) in your fingers, hands, arms and even shoulder, and you’re diagnosed with nerve impingement or pinching at the neck WITHOUT an EMG test to confirm this, have an EMG test done.

You just might have carpal tunnel syndrome or even pronator teres syndrome. Here my mother was, thinking she might need neck surgery!