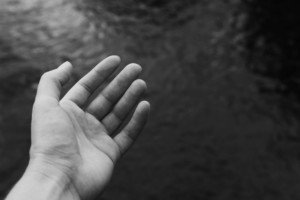 Hand flapping is a relatively common “stim” and one of the most stereotypical autistic behaviors.

Neurotypical people may have the impression that if a young child or preschooler with an autism diagnosis flaps their hands about, especially for no apparent reason, this is predictive of the “severity” of their autism.

And if they still do this as adults, it means a significant degree of autism.

Not all autistic people engage in hand flapping, but many do.

The person who hand flaps isn’t necessarily “more autistic” than the autist who never flaps.

I’m autistic and was never a hand flapper. I actually find this uncomfortable. My distaste for hand flapping doesn’t make me “less autistic” than an autist who flaps on a recurring basis.

“Hand flapping is a repetitive movement that can help with self-regulation for people with different levels of support needs,” says Dr. Jessica Myszak, licensed psychologist, and director of The Help and Healing Center, whose practice is mostly autism assessment for adults.

“It is relatively common and can sometimes be associated with strong emotions—good as well as bad!

So I went to my first autistic social event, sponsored by a major autism support organization.

Due to getting my diagnosis in middle-age, I wanted to know what it was like to be around a group of people whose brain wiring was similar to mine.

There were about 10 or 11 other people at the bowling social, plus one neurotypical who was in charge. Only one of them was a hand flapper, or, to describe it more succinctly, hand-wringer.

Every time he finished bowling a frame, he wrung his hands. His arms would hang straight, and his hands would then shake very rapidly for about three or four seconds. It was quite noticeable.

The best way to describe this is to imagine he was trying to wring his hands of sticky water.

It looked very uncomfortable, but he was compelled to do this while still standing in the lane after throwing his second ball.

At one point, he skipped doing it, but then at the table while standing, just a few feet from me, let loose.

He didn’t interact with anyone and instead, while others bowled, remained seated and facing away from the lanes, eyes downward. He didn’t watch any of the other bowlers.

Earlier at another table, before the bowling began, he had asked me and another participant if either of us were drinkers, because he wanted someone to go to the bowling bar with. Neither of us drank, so that was that.

But at some point during the bowling, he did go to the bar and brought back a beer.

I think he was just very introverted and didn’t quite know how to initiate socializing, even though some of the other autists there were quite social.

However, it’s fair to note that NOBODY talked to him. Including me. And I now feel bad.

I’m suspecting that he wanted some socializing but was too bashful and was hoping someone else would initiate something.

But at the time, I had figured he might get annoyed if I began talking to him.

I’ve tried hand flapping just to see if it could ever be a good stim. It’s physically uncomfortable for me.

The only time I flap is to wring out residual water after running my just-washed hands under a hot air dryer at the gym.

Occasionally I’ll wring after playing the piano. My mother taught me this when, as a young child, I expressed how tired my arms were after practicing a song. Wringing out my hands would kind of wring out the fatigue.

I’ve also wrung my wrists after deadlifting a heavy barbell. But as a stim? It doesn’t soothe or regulate. I’m also not inclined to do it when eager or happy.

A Most Iconic Stim

Hand flapping is one of the most iconic stimming behaviors in autism.

But it isn’t the “strangest” stim. It’s just the most publicized because of its commonality.

I chew my tongue (gently, of course). This is a much less noticeable stim than is flapping the hands. I also frequently click my teeth. These smaller, inconspicuous repetitive behaviors don’t get much attention. They wouldn’t add to any drama to a fictitious autistic character in a TV show or movie. But hand flapping? That carries weight in a scene.

Online autistic communities discuss stimming all the time. Many people on the high end of the Spectrum flap their hands. Many of these individuals also engage in more unusual or “strange” repetitive behaviors. The oddness of a stim does not make one person “more autistic” than another.

One of my stims is really out there. I’m practically in a trance if I see a big fat ponytail flopping side to side while its owner is jogging on a treadmill.

I’ve taken many back-view videos of my own badass ponytail, moving my head to make it sway side to side, and then watched these videos.

There are almost as many ways to stim as there are snowflakes!

We can’t assume that someone is “more autistic” than the next autist just because they vigorously flap their hands around other people.

It’s also possible this man usually suppresses the hand flapping when around neurotypicals.

It’s possible he felt comfortable around the rest of us and freely engaged in the hand motions, while, for all we know, he hides it around NTs such as at a store or the workplace.

Many adults on the higher end of the Spectrum engage in hand flapping. Check out: