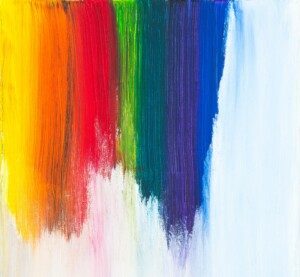 I’m AUTISTIC. I will never say, “I have autism.” Autism does define me. My neurotypical version would be totally different from my autistic self.

First of all, I’ve heard all my life that I’m artistic. I began drawing people when I was around five or six.

I was instantly hooked on drawing profiles, which quickly moved onto bodies (I never had a stick-figure phase) and even trees with leaves – well before I was seven.

I’d hear about how “artistic” I was while growing up.

So what’s one letter change, then? AUTistic! I was diagnosed with ASD in spring 2022.

There are multiple ways to say this.

I’m reluctant to say, “My ASD … (fill in the blank), because of the “D,” being that it stands for disorder.

The only disorder I have going right now is a stiff lower back due to not keeping up with my yoga, and a slightly pulled hip flexor muscle near my groin.

For Pete’s sake, let your guard down and just say “autistic”!

What if I’d been born a neurotypical?

What if my brain wiring had formed neurotypically in-utero or at conception or whenever it is once the sperm unites with the egg that brain wiring is created?

Let’s suppose in a parallel universe, I was born with the same genetic blueprint except that I’m neurotypical.

In that parallel existence, how similar would my NT counterpart be to my autistic self?

Well, one thing for sure would be the same: my love of chocolate!

But seriously now, would my NT self be similar enough to my autistic self such that, if my NT self crossed over to this universe, people who know me would recognize it as being me?

We’d look the same in the face, but … what about speech mannerisms, facial expressions, expression of emotions and content of speech? What about personality?

Would the personality of my NT counterpart be far-enough removed from my autistic self that I’d be a completely different individual?

Or would my neurotypical counterpart be pretty similar to my autistic self but with some minor differences?

Whom are we kidding here? I’ll bet that the NT counterpart would be strikingly different.

We may share some interests, such as physical fitness, playing volleyball, drawing and medicine – but interests and hobbies don’t determine personality.

There could be five neurotypicals, or five autistics for that matter, together in a room for the first time meeting each other, who all have passionate interests in the same five things (e.g., dogs, country music, gardening, mountain climbing and action movies).

Yet all could very possibly have totally different personalities – so much so that after spending an hour among each other, none care to have further contact.

Thus, if my neurotypical version shares many interests and hobbies with my autistic self, this would NOT be predictive of common personalities, mannerisms, style, temperament, speech patterns, etc.

My autism makes ME ME.

I’m autistic. It does, indeed, define me. It’s why I see the world as I do.

It’s why my brain works a certain way. It’s why I have certain thoughts.

It’s why I process external stimuli the way I do. It’s why I’ve always been prone to developing fixations on things I suddenly become interested in.

Autism is WHO I AM. Therefore, I am autistic!

Furthermore, “I have autism” kind of sounds like saying I have a pathology, disease or something that needs to be repaired.

It’s along the lines of saying, “I have arthritis” or “I have asthma.”

Over the past several years there’s been an increasing push to do away with identity-first language when it comes to medical conditions.

“Sandi is diabetic” has now become, “Sandi has diabetes.”  And “diabetic people” is now more commonly “people with diabetes.”

But autism is different. I OWN my autistry. You can’t take that away from me, and I don’t want to give it up, either.

Autism is so very intertwined in my nature, my soul, every atom of my being, every subatomic particle of my existence. It’s how I see the world.

I can’t imagine myself any other way. For the life of me, I can’t fathom what it’s like to be neurotypical.

I am not a person with autism. I do not have autism. I have a tight lower back. I have seborrheic dermatitis.

I’m autistic. I have autistry (just like I have artistry).

I’m on the Spectrum (yes, I LOVE that one! A spectrum is a rainbow, and all rainbows are beautiful).