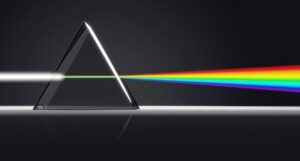 I was recently diagnosed with ASD Level 1; I am not disordered or disabled. I’m neurodivergent. The DSM-5 needs to replace “Disorder” with a better name.

Funny thing is, beginning in high school, I thought everyone ELSE had the problem.

Yes, I couldn’t fit in. I had always felt socially awkward and out-of-place — like a penguin in a living room — but there’s nothing wrong with the penguin, is there?

More pronounced cases of ASD will result in difficulties with self-sufficiency, holding down a job, communication, living independently, even basic body self-care.

But let’s talk strictly about ASD-1. This is “mild” autism: the high end of the Spectrum. But I’m certainly not invalidating any struggles that one may have with even Level 1.

But many with Level 1 Autism live fully productive lives; need no assistance; and in fact, may even be in positions of authority on the job, run businesses, practice some form of medicine, and/or may be taking care of sick family members and handling/managing all the interfacing with medical staff and miscellaneous duties that go along with that.

And there may be times of exhaustion and burnout. And there may not be. Autistic people may feel “crippled” in social environments while others may feel less anxiety.

These are rough spots that come in varying degrees among those on the high end of the Spectrum.

• I refuse to drink out of a glass that has a price sticker on its bottom. My spice bottled son’t have to be lined up perfectly, but all price stickers will be promptly scraped off.

• I hate the sight of crinkled straw wrappers from others on the table I’m sitting at when out to eat.

• I refuse to wear slippers that have a tag inside; the tag must be cut to the nub.

• I can’t comfort a crying child or adult. I can only recite solutions to their issue.

• I always feel like the oddball when with a group of people.

• I can’t keep small-talk going; I quickly invariably alter its course to some uncommon topic.

• I find some noises very bothersome that don’t phase other people.

• I prefer routine and sameness in my life. I tend to eat the same foods day after day.

• I frequently rehearse anticipated and even hypothetical conversations inside my head.

• When I think to myself I sometimes repeat the last few words of a sentence (internal echolalia).

If I’m among a bunch of NTs who are mingling effortlessly with each other, who all seem connected, while I’m feeling quite bored — gee, I’m not going to feel as though I have a disorder. I’m simply going to feel like me being me.

When I was 25 and living in Chicago, one of my brothers invited me to a party at his high-rise condo. I don’t know why I went.

Maybe it was because I thought that maybe, just maybe, I might meet a compatible young man for romance.

I was bored out of my mind while everyone else was having a ball. As usual, among people in a social setting, I felt completely out of place.

I didn’t perceive this to be a disorder within myself, but rather, that of being around the wrong people – a type of people who were, unfortunately, the vast majority of humans.

Nothing I was observing had captivated me, so I ended up just sitting there, as well as sometimes getting on my feet and wandering around, hoping to go unnoticed.

At one point while I was seated, wondering what to do with myself, my brother came by and said something like, “Come on, join in; this is a lively group.”

In actuality, I was Linux software trying to integrate with Windows.

Let’s flip that around: If all those party guests were autistics – autistics being their true, authentic selves instead of masking (trying to act neurotypical) – and among all of them was one NT – that lone NT would feel extremely out of place and find the conversations challenging to adjust to.

The NT wouldn’t know how to navigate “autisticese.”

What should Autism Spectrum Disorder be renamed as?

“Autism Spectrum” is super fine with me. But we need to ditch “disorder.”

The replacement should be a word that’s all-encompassing of the many different ways that autism presents itself. I vote for Neurotype. Do you have autism spectrum disorder or autism spectrum neurotype?