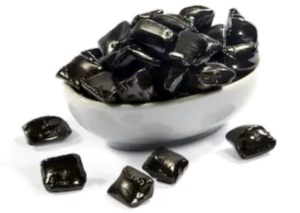 Find out just what “tarry” stools look like when compared to black BMs from benign causes like food or medications.

How often have you read a pamphlet or online article about colon cancer and came upon the term, “tarry stools”? Tar? Have you even ever seen hot tar?

The reason that black stools are often referred to as “tarry” is because, says Michael Blume, MD, “Black stools from bleeding actually have a somewhat sticky appearance, much like tar, while this is often not the case if it is from foods or medications.”

“Tarry stools is a term that describes the appearance of the stool, where it looks sticky like tar.” 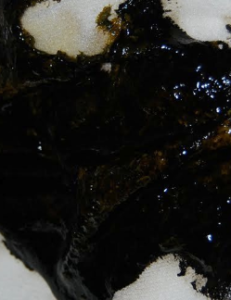 Think back to a time when, perhaps, you saw what tar looked like on a sidewalk before it dried. Now, imagine that being mixed in with your BMs.

“We often show patients something black to make sure that they actually mean black.”

Are you absolutely sure that your bowel movements are the same hue as your raven dress shoes or coal-colored attire?

What else is “solid” black?

Place a stool sampling on a paper plate and hold it right beside a charcoal-colored item for comparison. You might find that your poop is actually a very dark brown.

“Tarry stools usually relate to their visual description.  In additional to being black, when from bleeding, they also can look rather sticky.” Sticky is the key word.

This all does not mean that if a disease process is causing very dark BMs, that they are necessarily tarry.

Dr. Blume says, “I certainly would not use appearance as the sole criteria with which to base a decision as to whether it was related to bleeding.

“Usually when one is bleeding from the upper GI tract enough to cause tarry stools, the stools are often looser and occurring more frequently.

“Blood is actually quite a good laxative, so one often looks at stool frequency and consistency as a measure of how actively someone is bleeding.

“Black stools that are formed and not frequent are often less likely to be related to bleeding.”