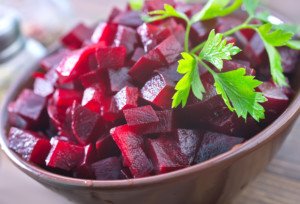 Black stools can mean a serious medical problem, so how can you tell if this discoloration is from beets?

Have your stools appeared black lately, and did you wonder if this wasn’t from having recently eaten beets or the juice of this vegetable, and instead feel fearful that you might have a serious disease?

“Black stools are often a sign of bleeding from a site in the upper GI tract, such as an ulcer, etc.,” says Michael Blume, MD, a gastroenterologist at MedStar Good Samaritan Hospital, Baltimore.

“Other things can make your stool black, however,” says Dr. Blume.

“Common causes of this could include medications such as iron or Pepto Bismol, as well as certain foods, such as spinach or beets.”

So there you have it: Beets, indeed, can make bowel movements appear black, but be careful here. 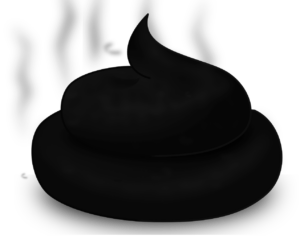 However, in certain light, poops can appear off-black or an extremely dark brown, like a brownish-black.

What does this look like, when compared to the very dark discoloration from old blood?

Since I’m in that 10-15 percent of the population who experiences visible undigested beet pigment (betain), I can tell you what “black stool beeturia” looks like.

Whenever my BMs appear “black,” I’ve noticed that they are small and in clusters like big pebbles (size of marbles).

The color is actually off-black or a very dark brown. It’s possible that the size and shape of the poops create the illusion of a darker hue.

They aren’t this dark when they’re larger in diameter and more link-like.

Often, the smaller an object is, the deeper its color appears to be, at least when the color is inherently dark.

So what you are “seeing” as black bowel movements may actually be just a very dark brown.

I recommend removing a few from the toilet and setting on a paper plate in good light.

Then place something black, such an article of clothing, besides your poops and make the judgment.

The pigment of my darkest stools, resulting from beet ingestion, is actually an attractive brown-black. It has a smooth, rich quality and its uniform.

If the sight of “black” stools alarms you even though you know it has to be from the beets you recently consumed, you should increase your fiber intake—a lot.

This will loosen your bowel movements and tend to make them lighter, even if there’s betain in them.