Why Do Some Teens Get Vaping Lung Injury and Others Don’t? 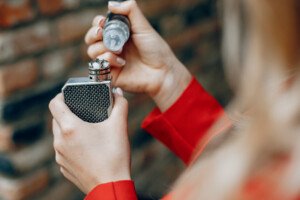 Some teens have died from vaping; others have permanent lung damage; but most are not affected. Why is this?

The teens who suffered serious damage didn’t seem to have any underlying health conditions that would predispose their lungs to vaping complications.

When teens become seriously ill from vaping, it doesn’t happen over a long, gradual course of time.

In just a matter of days, a healthy, active teen could deteriorate and end up in the ICU on a ventilator.

The long-term effects of vaping in teens and adults – who have not developed acute lung damage – is not yet known.

“Vaping in teens is dangerous, and there is no safe amount of exposure to vape products,” says Joi Lucas, MD, medical director of pediatric pulmonology at Nemours Children’s Clinic and chief of pediatrics, Lakeland Regional Hospital, FL.

“The mechanism of lung injury caused by vaping is not completely understood, and research is ongoing to determine why some children fare better than others when vaping.

“It is suspected that risk for the development of e-cigarette or vaping-product-use associated lung injury (EVALI) correlates with the type of vape device used and the contents of the vape juice.

“Vitamin E acetate is a common component of vape products that has been identified as a likely cause of lung injury.

“Several vape devices allow users to change the wattage, temperature and e-liquid capacity which may increase the risk for more intense exposure to lung toxins in the vape products.

“Children with underlying lung disease such as asthma, cystic fibrosis or chronic lung disease of prematurity are suspected to be higher risk for developing EVALI.

“However, all children who vape are at risk for EVALI.” There are teens and adults who’ve been hospitalized with acute lung injury from vaping – who did not have pre-existing chronic lung disease.

“It is important that parents ask their children about e-cigarette use and educate them about the risks associated with e-cigarettes.”

“It’s healthy because the company says it’s a better alternative to smoking tobacco.”

Amazingly, many teen vapers have used this argument to take up the harmful habit.

But “safer than” does not mean SAFE.

The more accurate verbiage should be “not as dangerous as smoking cigarettes.”

But many teens would still interpret that to mean safe in the absolute sense.

If you’re a teen or young adult and still believe that vaping is safe because a money-hungry manufacturer of vaping products says it’s a “healthy alternative” to traditional smoking, here is a question for you:

Would you rather be stabbed with a butter knife or a steak knife?

Of course, you’d choose the butter knife. But does that mean it’s safe to be stabbed with a butter knife?