Lung Cancer in Teens from Smoking: How Possible Is This? 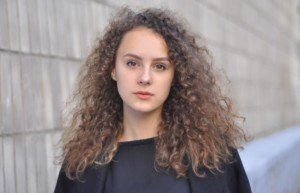 Being that some teens who smoke took up the habit when they were only 12, or even 10, how likely could they get lung cancer while still a teen?

After all, if someone starts smoking at 11, and soon is up to a pack a day, then by the time they’re 17, they will have smoked around 43,000 cigarettes – and that’s assuming their habit never exceeded one pack a day.

Of course, teenagers who smoke – if they never quit – are at significant risk for developing lung cancer in adulthood.

Can a teen get lung cancer from smoking while still a teen?

“The cumulative exposure to tobacco in cigarettes increases the risk for lung cancer in the future.

“For young children and teens who begin smoking and those who are exposed to secondhand smoke, there is a significant increase in risk of lung cancer as an adult, but not as a child.”

Before you breathe a deep sigh of relief and feel reassured that as long as you’re a teenager, you’re immune to lung cancer, there is still a gigantic problem.

And it’s this: If you’re a very young smoker – then, like most young smokers – you’re not going to quit anytime soon.

Before you know it, you’ll be in your early 20s and still smoking.

And you may continue to justify this by thinking, “I’m still very young yet, too young to get lung cancer. Even the National Cancer Institute says that only one-fifth of ONE percent of lung cancer cases are in people 20 to 34. So I’m pretty safe for a while!”

And you’ll just keep on smoking, not giving it a second thought.

But before you know it, your 35th birthday will be around the corner. Where did all that time go?

You’re now married, have a few kids, and have been smoking for more than half your life.

You don’t even remember when you jumped from one pack to a pack and a half a day.

Smoking has become such an integral part of your life, you just can’t quit, no matter how hard you try.

So you tell yourself, “I’ll quit for my 40th birthday. After all, the NCI says that just nine-tenths of one percent of lung cancer cases occur in people 35 to 44.”

Look at the NCI’s data chart below on percentage of lung cancer cases in various age brackets. 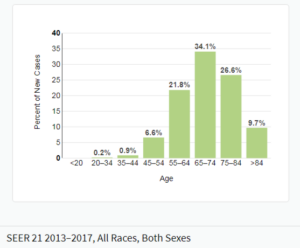 If you were to talk to anyone over age 55 who began smoking as a teenager and went on to get lung cancer, they’d tell you that the decades flew by and it seemed that just yesterday, they took their first drag on a cigarette.

They’ll also tell you how every day they keep kicking themselves for not quitting smoking as a teenager.

You Need to Quit Smoking when You’re Still a Teen 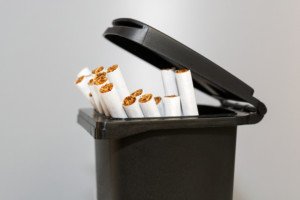 The issue isn’t getting lung cancer while you’re still a teenager.

The issue is getting lung cancer soon after the birth of your first grandchild, or a few years before you’re set to retire and travel the world.

And stop citing the fact that not all lung cancer patients were smokers as a way to defend your habit.

Eighty-five to 90% of lung cancer victims were smokers for years.