How Many Never-Smokers Who Exercise Get Lung Cancer? 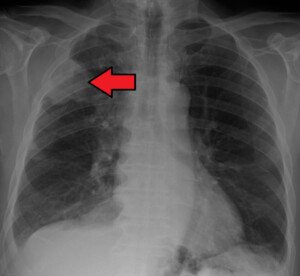 Most fitness enthusiasts don’t smoke, and most smokers aren’t into serious exercise.

So how many cases of lung cancer involve people who’ve always been into working out?

“No idea and no idea how to find the answer,” says Alex Little, MD, a thoracic surgeon with a special interest in esophageal and lung cancer, and clinical professor at the University of Arizona.

That’s because there’s been no studies, research or investigation into collecting this highly specific data.

It’s already known that 10 to 15 percent of smokers develop lung cancer. But the percentage of exercisers in that group is also unknown.

Can’t the number of never-smokers who get lung cancer be extrapolated from data from similar research?

The concept of “exercise” needs to be defined, says Dr. Little.

“I can say anecdotally I have taken care of a few very active patients, all young women as I remember, with aggressive and quickly fatal lung cancer.

“Exercise may not diminish the chances of getting lung cancer, but it’s got to improve one’s performance status and quality of life if you do develop cancer.”

Genetics and diet may also play a role in how much a modifiable risk factor plays in the prevention of a disease.

One big problem – as Dr. Little points out – is the definition of exercise.

When studies are done involving exercise habits, the participants are asked to fill in a questionnaire.

Problem is, people have a tendency to overestimate how much they exercise and how intensely.

One example is when an obese smoker gets severely winded just walking 2.5 mph around the block. To him, this is intense work, and he may report he exercises intensely.

But to a healthy fit person, a 2.5 mph walk around the block can be done in their sleep. To this person, intense exercise means jogging 8 mph for 30 minutes or hiking steep hills for an hour.

A study participant may claim they exercise every day simply because they do housework daily and toss a rubber toy to their dog for 10 minutes every morning.

The self-reporting of physical activity is highly subjective.

However, these findings applied to smokers and former smokers, not never-smokers.

Overall, there have been only a handful of studies pursuing the relationship between “physical activity,” smoking status and lung cancer.

There literally has not been a single study, as of 2019, investigating the incidence of lung cancer only in NEVER-smokers who reported a long-time commitment to exercise, let alone intense or specific types of exercise such as heavy barbell training or marathon running.

A study by Lee et al shows an association between physical activity (as self-reported by the male subjects for walking, stair climbing and recreational sports participation) and lower incidence of lung cancer, but the subjects included smokers and former smokers.

Why haven’t there been studies strictly looking at lung cancer incidence in never-smokers with longstanding exercise habits?

Even when studies adjust for whether or not the participant is a smoker or former smoker, there are still problems.

Confounding is when researchers are not able to eliminate possible, alternative explanations for an observed relationship between the variables, constants and outcomes involving experimental and control participants.

When researchers attempt to control or adjust for the confounding, a distortion remains: the residual aspect.

The association between exercise and lung cancer is thus more controllably studied in a group that’s homogenous: all smokers and former smokers.

Though there are studies (e.g., Pedersen et al) showing that exercise helps prevent or lower the risk of cancer in general – again, none have ever been done specifically on the incidence of lung cancer in never-smoking men and women who’ve exercised for many years.