My Daughter Wants Her Face Moles Removed: What Should I Do? 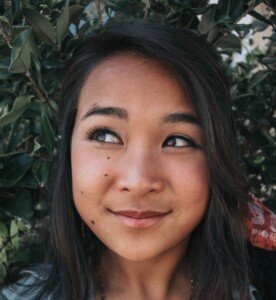 Has your young daughter come to you asking to have all the dark little moles on her face removed so she could have the “perfect” skin of models?

There’s one of two things that may come to the parent’s mind:

• A mole turning into melanoma.
• The unnerving fact that a young girl thinks it’s so important to have skin like a model in a magazine.

When my niece (now an adult) was 13, I saw her for the first time in several years and immediately noticed quite a few dark little moles all over her face.

At the time, I didn’t know that a few years prior, she had asked her mother (my sister-in-law) to have all of them removed “so I could have perfect skin like the models in magazines.”

The first (and only) thing that came to my mind upon seeing all those small, perfectly-looking dark brown moles on her face was:

“Gee, that’s a lot of moles to be checking every month for melanoma when she grows up.”

As a young adult, my niece posted on her Instagram page that when she was in grade school, she’d asked her mother if all the moles on her face could be removed – to look like the models in magazines.

She then posted her mother’s response:
“Of course not! Those are your beauty marks!” Presumably this was spoken with pride, not irateness.

Something Else Her Mother Should Have Said

It’s really disturbing that a grade school girl was already pining to have the skin of models in glamour magazines.

My sister-in-law was an avid reader of women’s magazines and had them in the house, readily accessible to her daughter.

I’m hoping my niece’s mother carefully pointed out to her daughter that the “perfect” skin in magazines is Photoshopped and airbrushed!

If your daughter is upset that she doesn’t have skin like a model’s, you absolutely must inform her about Photoshop and airbrushing.

If your daughter is old enough to ask to have moles on her face removed in the name of looking like a print-ad model, then she’s old enough to learn about what Photoshop and airbrushing can do, not to mention the special makeup applications that are done to these models to further add to the “perfection” of their skin.

If all you say is, “But your skin already is beautiful,” this does NOT address the fact that your daughter thinks that the model’s skin is flawless and why can’t she look like that.

You must also clue her in that aestheticians spend half the day putting makeup on the model and posing her just right under special lighting conditions.

You can also show her before-and-after images of complexion transformations in “real” women due to makeup.

This will teach your young daughter that nobody truly has perfect skin (except maybe an infant).

Finally, ask your daughter why the only skin she envies is in magazines. This will prompt her to realize that in real life … a woman can’t have magazine-perfect skin.

But what about melanoma?

Dark brown is a normal and common color for a mole.

“If a mole has been present for years, stable in size, stable in color, and without symptoms like tenderness, pain or bleeding, this most likely represents a normal mole,” explains Dr. de Golian.

“If a pre-existing mole develops a change in color, this should be evaluated by a board certified dermatologist.

“Not all moles are perfectly symmetrical or even in color, but noting change over time is important.”

Young Child Has Many Moles on Her Face

Should you teach her about melanoma too?

Let childhood be childhood. You’re the only one who needs to know the facts about melanoma.

A mom views her child’s face plenty in the normal course of life, and can take those opportunities to watch for any changes in moles.

You don’t have to announce this. Just visually do the job.

Don’t say things like, “I’ve noticed a few new moles on your cheek,” or, “I’m worried one of your moles might turn into cancer.”

Again, a mom views her daughter’s face many times in a given month, and can make a point of getting visually — and discreetly — familiar with the child’s moles.

To inform your child about face moles turning into melanoma will scare the heck out of her and likely ruin her childhood.

Melanoma Is Very Rare in Childhood

Many children have many moles on their face and elsewhere, yet only four-tenths of one percent (0.4%) of new melanoma cases every year in the U.S. occur in people under age 20, according to the National Cancer Institute Surveillance and Epidemiology End Results Program.

“Any bumps on the skin that are new, growing and/or changing should be evaluated by a dermatologist.”

Remember, if you don’t make a big deal if your daughter complains about the moles on her face, this will diffuse her envy of “those women with beautiful skin in the magazines.”

Encourage her to learn how to do pushups and hit a ball with a baseball bat if you want to empower her.