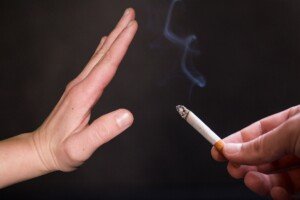 Former smokers are still at risk for lung cancer, and there is one particular exercise that’s been found to significantly lower the ex-smoker’s risk of developing cancerous tumors in the lungs.

According to research presented at the American Association for Cancer Research’s Sixth Annual International Conference on Frontiers in Cancer Prevention Research in Philadelphia, exercise has been shown to have quite a benefit in lowering the risk of lung cancer.

However, this benefit of exercise against lowering lung cancer risk applies basically to former smokers.

Research that was presented at the International Conference shows that exercise can lower the risk of getting lung cancer by as much as 45 percent — in people who used to smoke.

The study involved 3,800 non-Latino white men and women using a “pairing system.” This tool segmented study subjects according to their smoking status.

Interestingly, the type of exercise that was reviewed was that of gardening.

Michele Forman, one of the researchers, said that people with lung cancer, when reporting physical activities, name gardening among only a few activities that they report doing. 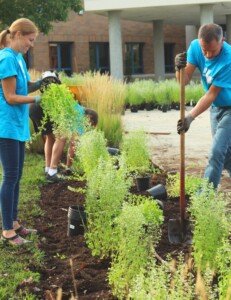 Lung cancer risk was cut by 45 percent for ex-smokers who gardened. For current smokers who participated in this activity, it was 33 percent.

However, diet adds to the equation because lung cancer risk in former smokers who gardened — and who ate four-plus salads a week — was reduced by 67 percent.

And with current smokers who ate four-plus salads every week as well as gardened, lung cancer risk was decreased by 71 percent.

Forman says that more research is needed because it’s not clear just how gardening is connected to lowering the risk of lung cancer, in that, is the reduced risk from the exercise component of gardening?

Or might it be from other variables connected to this activity, such as low consumption of alcohol?

On an intuitive level, it seems as though a combination of exercise from gardening, plus consumption of pesticide-free vegetation from the garden, would both contribute to lower risk of lung cancer in smokers and former smokers.

However, just what kind of gardens were being cultivated was not revealed; not all gardens (e.g., rose) produce edible vegetation.

Thus, this points to exercise from gardening as likely being a driving force to lowering lung cancer risk.

Does this mean you must absolutely start a garden to reap these benefits? Of course not. This isn’t practical for many people.

Instead, take up some form of exercise that’s comparable to typical gardening, and this will lower the risk of lung cancer in the former smoker (and current).

The study did not report how strenuous the gardening activities were, so I’m assuming that exertion was mild, since some of the study subjects had lung cancer, and even more were smokers.

In summary, you now know which type of exercise was shown by a study to go a long way in lowering the risk of lung cancer in former smokers.

Here is the full study summary.