How to Teach Your Child to Refuse Helping a Stranger 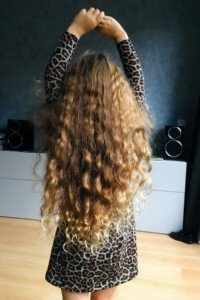 Parents need to teach their children it’s OKAY to refuse helping a stranger because it’s very suspicious when a stranger seeks a young child’s help.

Predators often use this ploy — asking children to help them look for their lost puppy, lost kitty or — in the case of older children — asking for directions.

Another ploy that predators use with older kids (particularly boys) is to fake a bad back and ask an adolescent or teen to help them load something into their van. Money for this is frequently used as an additional lure.

When a child believes it’s rude to refuse helping a stranger, he or she is more likely to be abducted and go missing than are children who’ve been taught to have a very low threshold of suspicion when an adult asks for their help.

Years ago in an experiment under video surveillance, an 11-year-old went off with the actor posing as a stranger with a common lure used by predators.

Later, when her mother asked why she allowed the stranger to lure her away, the girl replied that she didn’t want to appear rude!

Many kids by nature are eager to please. Older kids, like this girl, may be more fixated on not coming across as rude.

Where are young kids learning this?

What can parents do to solve this problem?

Some parents just might be teaching their children that it’s rude to refuse helping an adult stranger, or that “the right thing to do” is to help a “fellow man” in need.

Meanwhile, other parents don’t actually teach their kids any of this, but … their kids make this assumption anyways based on events that have occured in their lives or the environment they’re growing up in.

This is why parents have to be more proactive and literally explain to their children that if an adult stranger asks them for any kind of help, they should immediately distance themselves from that stranger.

Never punish your child for refusing to help an adult in need – even if the situation seemed very legitimate!

For instance, you learn your 10-year-old refused to help an old lady who was sitting in her car.

The old lady wanted your daughter to take an envelop from her hand and put it in a nearby mailbox.

Your daughter refused to get close enough to the car to do this and kept saying “No” when the stranger kept asking for help.

If you punish her or chastise her for being “thoughtless” and “disrespectful,” you are teaching her that next time a stranger asks for her help, she’d better give it!

And what if next time, that stranger is a 40-year-old pedophile whose good looks and charm can completely overwhelm the naive child, adolescent or teen who’s been ordered by their parents to “always respect adults” ? And what if he murders his victims after molesting them?

That’s not what your child will be thinking if you’ve given him or her a high threshold for caution and safety. 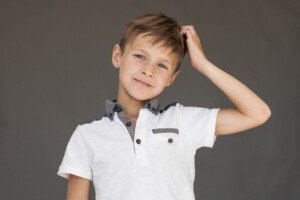 Instead she’ll be thinking of the scolding and grounding you gave her last time. THAT will be her motivation to be “nice.”

And then when your child goes missing, you’ll never know how on earth it could have happened.

And by the way, I was that 10-year-old who refused to help the old lady. My sister, 12, was with me. We both knew not to go near the car.

The stranger eventually drove off, not mailing the letter. For all we knew, that old lady was a younger man in disguise.

We didn’t really have a good look at her face, but she seemed “old” to we adolescents, and even told us, “You won’t help out an old lady?” But predators have all sorts of tricks up their sleeve.

When we told our mother, she praised us for our wits, rather than scolded us for “not helping an elderly lady.”

Now if that old lady was actually legitimate, what harm came to her because a couple of kids didn’t come up to her car, take the envelop and drop it in a mailbox? I doubt she lost sleep over that, let alone had a stroke.

How do you teach your kids not to help strangers?

Why would a grownup want the little legs of a child and lower visual perspective to help him search for his lost puppy? Explain this to your kids.

Tell them that if the adult truly needs help and just doesn’t know better than to ask a child for assistance, that no harm is done if that child refuses to help.

An innocent adult will eventually find assistance from another adult. TELL THIS TO YOUR CHILD!

If your son or daughter carries a phone, then instruct them to dial for help rather than go off with the stranger.

If the requested help is not for a crisis situation, such as helping retrieve a heavy item from a car, then remind your child that this adult will live to see the sun rise the next day if some kid refuses to help him!

Tell them it’s rude for the ADULT to expect help from a child, as this puts the young one in an awkward predicament: a mix of feeling fearful of the stranger and of anticipating punishment from parents who don’t believe in teaching a low threshold of suspicion.

“It is what’s called ‘civilized conditioning’ that we teach our kids in order to be nice and kind and cordial,” says Robert Siciliano, CEO of Safr.Me.com and an expert in fraud prevention and personal safety.

“And it is essential that they learn to be aggressive and maybe even rude if an adult or even another child is acting inappropriately or requesting them to do things that makes them feel uncomfortable.”