Does Adult ADHD Even Exist? If It’s Not ADHD, What Is It? 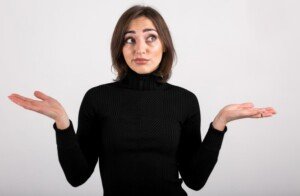 Many adults want to know if ADHD is actually a child’s disorder or if, indeed, adults can have it.

If we look at what “ADHD” stands for – attention deficit hyperactivity disorder – certainly we can easily come up with at least a few names of adults we know who are definitely hyperactive in the way they go about life – or at least specific situations.

And maybe these same people tend to have wandering attention spans, even if it’s only in specific environments.

To say that ADHD doesn’t exist in adults is to say that there’s no such thing as an adult who’s easily distracted or “flighty,” nor who tends to be jumpy, fidgety or seemingly unable to physically relax.

But something needs to be made clear.

Just what is “ADHD” in terms of a single entity?

“Adult ADHD is a descriptor of behaviors that are emitted by an individual,” says Dr. John Huber, a clinical forensic psychologist and chairman for Mainstream Mental Health, a nonprofit organization that brings positive change to the lives of those with mental illness.

“It’s not a reason for those behaviors. It is typically a tallying list of behaviors, and they can be caused by a lot of things that include sleep deprivation. Depression is another one.”

Untreated sleep apnea, too, can lead to ADHD symptoms. Merely having the symptoms doesn’t mean that an adult “has” ADHD.

Attention deficit hyperactivity disorder is really a four-word term that refers to a particular group of behaviors or symptoms.

Dr. Huber continues, “Does this individual as an adult all of a sudden manifest some neurological deficits that show up as ADHD — I would argue probably not, as ADHD needs to be present before the age of six. Can adults exhibit the behaviors similar to ADHD? Yes. However, the causes are different.”

These also include side effects of medications, illegal drug use, drinking, workplace stress, family worries, but probably most of all…the human condition.