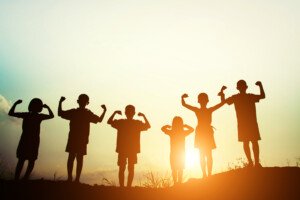 If you make your kids hug people against their will, you’ll want to know at what age you should stop doing this.

Parents who force their children to “give hugs” at some point will stop this.

The decision is often not based on that child’s choice.

Rather, the parent one day decides the child is too old to be ordered to give or receive hugging on command.

At what age is it still okay to make your child give or receive hugs against their will?

The circumstance may be predictable, such as a visit to an aunt and uncle.

The event may also be unexpected, such as the kindness of a stranger.

The irony is that, despite knowing the child doesn’t like to hug on command, the parent one day decides to stop enforcing this rule, as though there’s a magic cut-off age.

The title of this article is meant to be flippant.

That’s because nobody in their right mind would keep making kids hug people when they don’t want to.

“Affection and physical touch is never something that should be forced or coerced,” continues Dr. Kern-Butler.

“Children need to be given permission to have control over their personal space which includes their body and how they share it.” 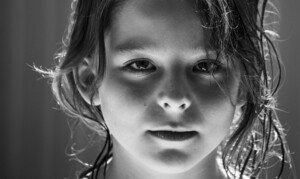 Is it about the children or the parents?

I once saw a reality TV show in which quintuplets, about age nine, were taken on a tour of a bakery factory.

At the end, when the kids were given treats by the owner, their mother made them give the owner a hug!

One night argue that this was scripted by the director, but that doesn’t matter, because the kids were visibly reluctant to do this.

Often, the order to give a hug is over a circumstance that is not “hug-worthy,” and giving a tour of a bakery is one of those circumstances.

Their mother didn’t want to hug the owner, yet she was just as much a part of the tour!

If those kids had been 13, would she have ordered them to give the hug?

Though it was all on camera, and for all we know, rehearsed several times, this scene certainly depicted what many parents would have done under similar circumstances.

The Bizarre Circumstance of Forced Hugs

Is it really about teaching kids to show gratitude and respect?

Teaching children to be gracious, appreciative or respectful does not require ordering them to give hugs to strangers or to relatives.

For whose benefit is the forced hugging?

Parents feel that if they don’t order their child to give a hug, the targeted recipient will feel slighted!

Or, the parent will think that the targeted recipient — even someone they just met — will think she’s a bad mother for not telling her child to “give that nice man a hug for fixing your bicycle.”

Hey moms, what if “that nice man” changed your flat tire?

Would you hug him? Not likely. At most you’d shake his hand. So why do you force your kids to give hugs as a thank-you? Sleep on this. 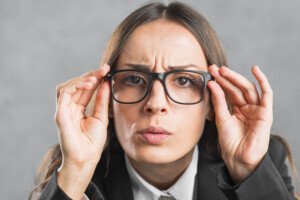 So it all comes down to a self-serving reason for the parent, who places the feelings of the recipient ahead of the child’s!

Another reason might be control. The parent likes being in charge, but overdoes it by ordering hugs and disregarding the child’s feelings.

Ironically, it’s almost universal that such a parent will quit ordering hugs once the child reaches a certain age – or maybe height, perhaps – a height closing in on the mother’s, for instance.

Or maybe it’s a change in behavior of the child. For example, a girl has lost her interest in stuffed animals and Star Wars figurines, and now talks about boys, makeup and fashion.

The parent then no longer forces the hugs, even though the parent may not consciously be aware of just why the rule no longer stands.

Stop forcing your children, regardless of their age, to give or receive hugs from anyone they don’t want touching them.

It’s really a simple formula, and will teach your kids that they have ownership of their bodies, not to mention increasing their respect for you!