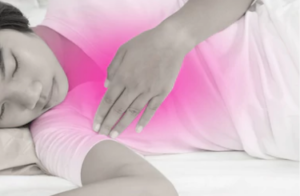 Find out what a GI doctor, not a layman in a thread, says is the cause of a growling, rumbling stomach 24/7.

We expect our stomach to growl and rumble when we haven’t eaten for a while.

But what’s going on when your stomach is growling and rumbling away seemingly 24 hours a day, nearly every day?

Not only can this cause embarrassment, but it can cause anxiety over what the sufferer thinks might be wrong.

Dr. Blume explains, “When it is very active, it is often audible.  Aside from being potentially socially embarrassing, it is usually not particularly dangerous.”

Can certain foods trigger a growling or rumbling stomach?

“It is usually not triggered by particular foods,” says Dr. Blume.  “Most people, if they do have specific food intolerances, usually figure them out by themselves.”

How about the way a person eats or drinks?

“The way in which one eats or drinks is often not an issue, although some people who eat or drink rapidly or swallow a lot of air could experience some increased rumbling in the stomach.”

“However, in these situations, there are usually additional symptoms that suggest that there is a more serious problem, such as vomiting, severe pain, etc.”

So what’s a solution to a stomach that doesn’t seem to stop rumbling and growling despite getting adequate food intake?

First, make sure you don’t eat too quickly or gulp air when you drink beverages.

The only other thing, assuming that you don’t have additional troubling symptoms, is to eat more healthy foods and limit junk foods — and start exercising if you don’t.