Is 90s Too Old for Coronary Bypass Surgery? 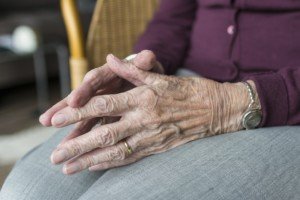 Thousands of people in their 90s have had heart bypass surgery, also known as CABG.

People over 90 Years of Age Having Coronary Bypass Surgery

The American Journal of Cardiology has a paper endorsing coronary bypass surgery in people 90 and older. And this paper was published in 2007.

So more than ever today, your 90-something parent, grandparent or spouse may be a good candidate for CABG.

Look What the Study Says

The subjects for the study were 4,224 Medicare patients in their 90s who underwent heart bypass surgery between 1993 and 1999.

The patients were followed up for five years after their CABG procedures.

Interestingly, the women in the study had better survival rates than did the men.

However, this may have been because the women, who comprised 50 percent of the CABG patients, were more likely to spend time rehabbing in a nursing home as a transition, than were the men.

Can Just ANY Person 90 or Over Get Heart Bypass Surgery? 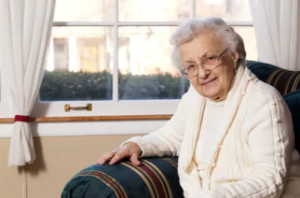 “When I first began doing cardiac surgery, we looked at 80 year olds as too old for surgery,” says Michael Fiocco, MD, Chief of Open Heart Surgery at Union Memorial Hospital in Baltimore, Maryland, one of the nation’s top 50 heart hospitals.

“Now we operate on them all the time. I have operated on several 90+ year olds — but they must be robust, active and without dementia.

Carefully selected people in their 90s can benefit quite a bit from heart bypass surgery.

Suppose someone is 92 but has well-functioning kidneys, normal blood pressure without medication, and the only thing wrong with their heart is that the main arteries are 99 percent blocked.

Now let’s suppose we have a 75 year old who also has 99 percent blockages.

But in addition, this person requires medication for blood pressure control — and has moderate chronic kidney failure secondary to chronic heart failure.

The 92 year old will make the much better candidate for CABG.

Another point to consider is if the heart bypass surgery is determined necessary on an emergent basis, versus as a planned treatment option for severe coronary artery disease.

In the case of an emergent basis, the elderly patient may be told that a massive heart attack is imminent without the CABG procedure.

According to the American Heart Association and the American College of Cardiology, a patient should not be considered too old for coronary artery bypass surgery based strictly on age alone, because potential long-term benefits must be weighed against the risk of the procedure.

Thus, a person who’s 95 but in otherwise good health (e.g., no diabetes, nonsmoker, healthy body weight) may actually be a better candidate for heart bypass surgery than a 70-year-old smoker who’s obese and diabetic.