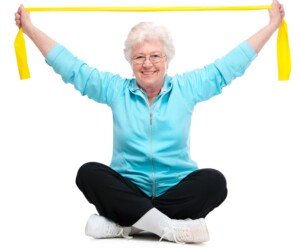 How long are they expected to survive on average?

Is the bypass surgery even worth it for a very elderly person?

Heart bypass surgery in the elderly following heart attacks is becoming more common, but there has been little research into the mortality rates for this population. Coronary bypass surgery is also known as revascularization.

A study in the Canadian Medical Association Journal (2010) reports that coronary bypass surgery in the elderly after a heart attack can improve survival rates  —  but the study forecasts the improvement out to one year.

There isn’t a whole lot of data on the impact of coronary bypass surgery on the elderly who have suffered a heart attack.

The researchers in this particular study wanted to investigate the trends in the use of revascularization and medication prescriptions in the elderly, over a span of 10 years.

The research involved over 29,000 patients at least 80 years old. This is one of just a few investigations into long-term mortality developments in the elderly who’ve had a heart attack.

First author of the study, Maude Pagé, explains, “We found that the rate of one-year mortality after a heart attack decreased from 48.4% in 1996 to 30% at the end of the study in 2006.” It’s important to note that the data may be influenced by the fact that elderly patients have been arriving at hospitals sooner over the years.

Nevertheless, the data indeed reflects the increasing use of coronary bypass surgery for people who once were considered too old for revascularization.

Coronary bypass surgery is becoming more common in people even over the age of 90, with favorable outcomes.

“There is great physiologic variability in the older group and the published results of surgery in the elderly do not support prejudice based on age,” says Dr. Mark Katlic, of Geisinger Health System.

“There is no age in isolation that contraindicates surgery, although ageism exists. Many groups have shown that excellent results are attainable with compulsive attention to detail.”

The need for coronary bypass surgery does not occur overnight. It takes years to develop.

Thus, it would seem that the need for revascularization could be prevented in many people if they began heart disease screening early on in their adult life, rather than waiting till they were elderly to get things taken care of.