Can You Get Angina Chest Pain Several Months After CABG? 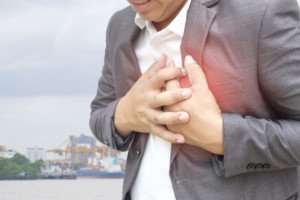 Chest pain from angina can come back after a seemingly successful CABG procedure.

When angina returns or occurs a few months or so after CABG, it’s called late recurrent angina.

“Chest pain, or angina, after CABG can occur anytime after surgery, but is rare,” says Michael Fiocco, Chief of Open Heart Surgery at Union Memorial Hospital in Baltimore, Maryland, one of the nation’s top 50 heart hospitals.

This can happen due to a narrowing in a bypass graft (the graft is a vessel taken from another part of the body).

“There is a known incidence of bypass grafts closing, but not all of these patients develop angina,” continues Dr. Fiocco.

The angina can also be caused by the progression of disease in non-bypassed arteries.

“True angina from graft closure or progression of disease in other arteries is rare in patients who change to a heart healthy lifestyle,” notes Dr. Fiocco.

It doesn’t slow it down in non-bypassed coronary arteries. All it does is reconfigure the plumbing of the targeted vessels. 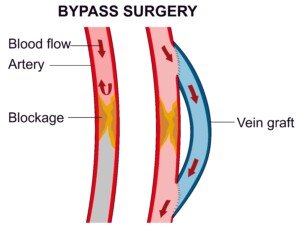 If the patient continues old, dangerous habits after undergoing CABG, the vessels that are not bypassed will continue to suffer from the progression of plaque buildup.

This can result in symptoms (angina chest pain) coincidentally only a few months after CABG for the other arteries.

This is the perfect recipe for future chest pain from angina.

It may not occur for years after the CABG, or, as mentioned, may occur only several months out – by coincidence, not being related to the actual surgery.

Chest pain immediately after heart surgery is to be expected, and is more so from having one’s chest cut open rather than from insufficient oxygen to the heart.

“It also can be very difficult to determine what is angina and what is chest wall pain from surgical trauma,” says Dr. Fiocco.

Angina within the First Year after CABG

A report in the Journal of the American College of Cardiology says that angina recurs within 12 months of CABG in 20-30 percent of patients.

The report names predictors of this outcome:

• Use of only vein grafts

• Heart attack at some point prior to the operation

Chest pain not caused by angina sometimes occurs only a few months after CABG.

This can be something that has always been present since the surgery (related to the surgical wound).

Or, it could be new-onset: The patient’s surgical chest pain resolved; patient felt fine for a number of weeks; then a few months out suddenly develops chest pain.

CABG patients are closely monitored by their cardiac team; any lingering chest pain or new-onset symptoms should be reported.

The JACC paper points out that post-surgical angina (insufficient blood flow to the heart) is associated with eventual heart attack or need for a second CABG. The degree of association is not made clear.

However, a report in the Journal of Thoracic and Cardiovascular Surgery states:

“Fortunately, the return of angina after coronary artery bypass grafting has minimal impact on survival and is not predictive of imminent infarct [heart attack].”

“Those who continue with poorly controlled blood sugar, lack of exercise, continued cigarette smoking and poor dietary habits are much more likely to have future problems,” says Dr. Fiocco.