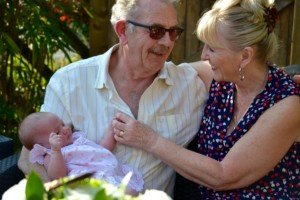 The life expectancy (long-term survival) of elderly people after coronary bypass surgery is receiving increasing attention, since the population of advanced age people is ever-growing.

This means more and more elderly people, including octogenarians, are having coronary bypass surgery (a.k.a. CABG).

“Life expectancy after CABG is difficult to determine because so many factors are involved,” says Dr. Michael Fiocco, Chief of Open Heart Surgery at Union Memorial Hospital, one of the nation’s top 50 heart hospitals.

And this applies to the elderly population.

“Mortality within 30 days of CABG is less than 2 percent, and that is including some very sick patients undergoing CABG,” says Dr. Fiocco.

When an elderly person has coronary bypass surgery, other factors still remain an important part of the life-expectancy equation:

In other words, the CABG and post-op may have gone without a hitch, but an elderly individual inherently is at risk for other serious conditions such as cancer, Alzheimer’s disease and dying in a car accident that otherwise would result in only moderate injuries for someone much younger.

Thus, the question of “What is the life expectancy for the very old patient after coronary bypass surgery” almost doesn’t seem to make a lot of sense.

Again, this is about life expectancy, rather than a more immediate survival rate.

Once the elderly patient is out of the woods in terms of possible post-op complications (e.g., internal bleeding, pneumonia, infection, stroke), the life expectancy is extremely variable.

But of course, it’s within the confines of how much longer any 80-year-old (CABG or not) is expected to live. 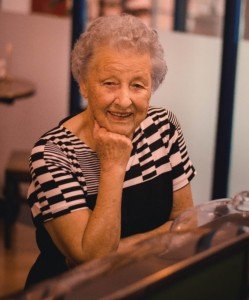 Dr. Fiocco explains, “Life expectancy beyond that is determined by so many factors it is hard to quantify.

“Was the patient 50 years old when the surgery was performed or 80?

“Did the patient stop smoking?

Control blood sugar levels after CABG or did they continue in the ways that led them to surgery in the first place?”

Though the patient’s new “plumbing” consists of cleaner veins harvested from either the leg or arm, to replace the clogged, plaque-caked coronary arteries, don’t assume that the elderly patient can get away with bad health habits — with the idea that it will take another 20 years for the grafted blood vessels to develop severe blockage —

— so why bother being health-conscious if the patient would have to live to 100 or older by the time another bypass surgery is needed?

The grafted vessels are veins from the legs and arms; they were not designed by nature to endure the blood pressure forces that coronary arteries are!

They aren’t as durable, and if the patient takes excellent care of his body, the replacement vessels should last 10-15 years.

So imagine the potential disaster if the elderly CABG patient fails to quit smoking or lose weight, and/or won’t stick to an exercise program and eat healthfully!

Dr. Fiocco adds, “A large study did show average life expectancy after CABG was approximately 17 years, but this was from the 1980s and it is likely even higher now.

“Again, what determines anyone’s life expectancy after CABG is what got you there and what you change going forward.” 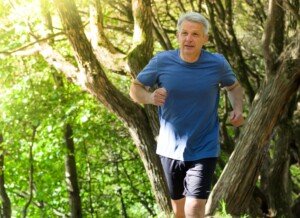 Some elderly coronary artery bypass patients will continue living on a food pyramid whose bottom tier is comprised of foods that damage the heart.

They will also continue to avoid exercise and maintain other habits hazardous to the heart.

And likewise, other elderly coronary bypass patients will completely overhaul their lifestyle habits:

It’s intuitive who will have the much longer life expectancy.