How Long Can Brain Aneurysm Leak or Bleed Before Bursting? 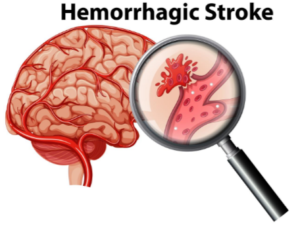 Could a brain aneurysm slowly leak or bleed for a few weeks before rupturing?

To find out if a brain aneurysm could slowly bleed or leak over a period of up to three weeks before finally rupturing, I interviewed Dr. Ezriel Kornel, Neurosurgeon, Principal with Brain & Spine Surgeons of New York, Medical Director of the Institute for Neurosciences at Northern Westchester Hospital, host of “Back Talk Live,” the weekly medical Web TV show.

I was inspired to write this article after proofreading a medical malpractice deposition transcript, in which the plaintiff’s persistent headache was diagnosed by a doctor as a sinus issue, when in actuality, it was related to an aneurysm in her brain.

More than two weeks later she had a seizure, and it turned out that she had suffered a ruptured brain aneurysm.

She survived but with a permanent disability related to her eyes plus dizziness.

Had the brain aneurysm been slowly leaking or bleeding all this time?

“Aneurysms don’t ‘slowly’ leak,” says Dr. Kornel. “What is referred to as a sentinel bleed is an initial very small rupture of an aneurysm that immediately seals itself.

“The sudden expansion of an aneurysm without bleeding may also cause a headache.

“In any case, the initial symptom is a sudden, substantial headache that may linger for hours or days but is not unbearably profound.

“The initial headache is often described as the worst headache of their life.

“The neck may feel achy and stiff as well and light may be bothersome.  There may be nausea as well.

“However, speech and mentation are preserved as is movement of the face  and limbs.”

The plaintiff also experienced ptosis—a drooping upper eyelid. It never dawned on her to insist upon an MRI of her head, even when she began developing visual problems.

Dr. Kornel explains, “An expanding aneurysm of the posterior communicating artery can cause pressure on the third nerve which impairs the nerve’s function.

“This results in dilatation of the pupil which can result in blurry vision and ptosis or drooping of the eyelid.

“Also, eye movements are limited in the affected eye, so the individual can develop diplopia or double vision.

“All these symptoms with exception of third nerve compression can last for days or weeks and may never be followed by a ‘full’ rupture of the aneurysm.

“However, often, when we see a patient with a ‘full’ or substantial rupture of a cerebral aneurysm, if they give us a history of a prior headache, it is generally a few days to a week or two earlier.”

A brain aneurysm is also known as a hemorrhagic stroke.

Dr. Kornel is at the forefront of minimally invasive neurosurgery which he uses to treat brain tumors and other neurological ailments.